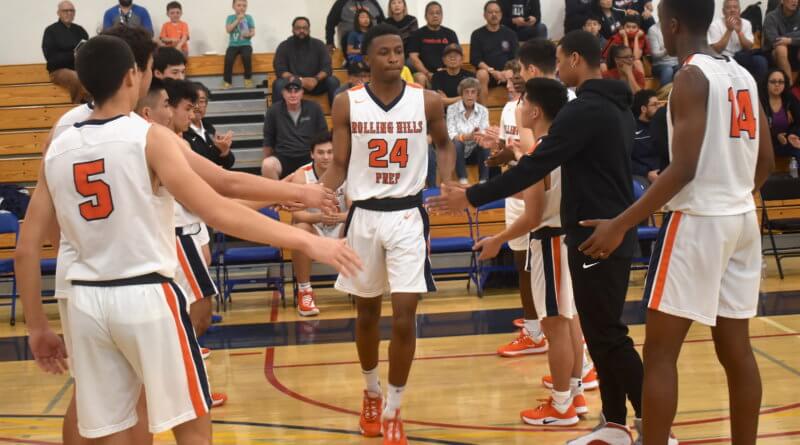 TACOMA — You get kind of used to being the champion.

So when the Lincoln Abes’ reign atop the 3A Pierce County League ended last season, it hurt.

The renewed No. 3 Abes regained their belt Friday night, holding off No. 4 Bethel, 35-21, at Lincoln Bowl.

Running back Abner Sio rushed for 184 yards on 22 carries, and quarterback Caden Filer tossed three touchdown passes for Lincoln, which will host likely Rainier Beach next week in the district round of the Class 3A playoffs.

“You don’t really appreciate it until you lose it,” Lincoln coach Masaki Matsumoto said. “It was tough for us last year, not getting the league championship. Our kids did a great job of getting it back.”

Here are five takeaways from the No. 3 Lincoln-No. 4 Bethel game:

For whatever reason, Lincoln just never found a sustainable groove in 2018.

After losing the 3A PCL title to Lakes, the injury-riddled Abes handled Bethel to close out the regular season, then defeated Prairie in the district round – only to be abruptly dismissed by Rainier Beach, 14-7, in their state opener.

A year later, Lincoln seems to check all the boxes:

The Abes can run the football with power and speed, led by Sio.

They can air it out with Filer, a three-year starter.

And not only do they have a ball-hawking secondary with Donovan Clark, Jaylen Clark, Jeddiah Hayes and Julien Simon, the middle of their defense has improved greatly against the run as the season has gone on.

But it’s more than that: These core Lincoln players just seems to be in a better place.

“It’s always consistency with us – with running the ball, catching the ball and playing good defense,” Abes senior Jaylen Clark said. “I truly thing we can go very deep in the playoffs if we stay consistent with what we’ve been doing the last two weeks.”

There are plenty of strong personalities in Lincoln’s playmaking crew, led by Simon and the non-related Clarks.

One guy who seems to fly a bit under the radar for the Abes is senior Jasiah Snow-Marshall.

He shouldn’t. He is a big target at 6-foot-2, 197 pounds, and beat can man-to-man coverage with both his speed and technical route-running skill.

With Bethel loading up to stop the Abes’ rushing attack, Snow-Marshall benefited against single coverage on the outside. He hauled in touchdown catches of 8 and 23 yards in the first 12:04 of the game.

“We knew they were going to go cover-1,” Snow-Marshall said. “We knew we had the guys to beat one-on-one matchups.”

Equally impressive was Snow-Marshall’s punting accuracy. Four times, he pinned the Braves inside their own 20-yard line.

The first time came during a key exchange late in the first half. His 41-yard punt put Bethel at its own 11 with 1:49 to go.

The Braves went three-and-out and punted, and the Abes drove 40 yards in the final 50 seconds for a touchdown on Simon’s 1-yard run as time expired to take a 28-14 halftime lead.

“We always tease him he’s getting recruited as a punter more than a receiver,” Matsumoto said.

ONCE AGAIN, SIO SHOWING HIS WORTH IN BIG GAMES

As the games become bigger late in the season, Sio’s number is being called more often.

It happened again Friday night – especially on Lincoln’s late-game drive that put the game away.

After the Braves cut it to 28-21 on Kekoa Visperas’ 78-yard touchdown strike to Cameron Parker with 6:38 remaining, the Abes turned right to their top tailback.

Sio had four runs on the decisive drive, including a 12-yard cut-against-the-grain touchdown run to put the game away at the 2:17 mark.

He finished with 199 total yards, including 184 on the ground. Matsumoto called his senior “one of the best running backs in the state.”

“I am down to do anything for my team,” Sio said. “I feel pretty fresh … I want to keep going.”

DOES ANYONE WANT TO REALLY SEE THIS THREE-LOSS BETHEL TEAM COME ACROSS YOUR BRACKET?

Bethel finished the regular season at 6-3, and as the PCL’s second seed to the district playoffs.

And although Bethel’s offense sputtered after halftime – it gained 8 yards in the third quarter, and totaled just 96 second-half yards, this feels like a unit close to hitting another gear.

Visperas (213 passing yards, three TDs, two interceptions) is a big-time playmaker. Parker (three catches, 95 yards) is criminally underrated, even as an all-3A PCL first-teamer. Puka Sokimi (five catches, 77 yards, TD) can win one-on-one battles against anybody. And Peter Latu can beat a defense out of the backfield or on the perimeter.

“The Kids are up. They are excited. They want more football,” Bethel coach Mark Iddins said. “We feel we are in a good place.

“And we just have this personality, we feel we can beat anybody.”

Matsumoto takes much of the blame for what happened to the Abes last season – and promptly changed some of the team’s preparation habits last offseason.

“I feel good about gong to the playoffs with these guys,” Matsumoto said.

And if you don’t believe the coach, just pay attention to the facial expression of the team’s best all-around player – Simon.

“We’ve just got to keep playing – keep a high confidence,” Simon said. “I love my guys.”