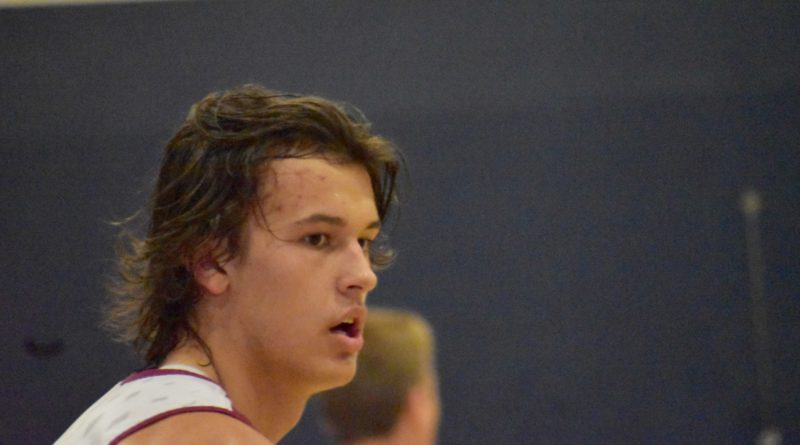 Tyson Degenhart is a junior at Mt. Spokane High School. He is the author of a player journal with Scorebook Live Washington which will take fans inside the recruiting process. Follow him on Twitter @tdeggie13.

At the time of my last Player Diary entry, I was still going through my recruiting process after the NCAA College Basketball Academy. On Sept. 19, I ended that process by verbally committing to Boise State University to play basketball, four days after my official visit.

As a 16-year-old, this was the most impactful decision I have ever made.

Here’s how I made it.

So I figured, why wait to commit?

I was the second player in the state from the class of 2021 to verbally commit (Kaden Perry was the first when he committed to Gonzaga in June), and to be honest, it took a ton of pressure off my shoulders. I have been working to play Division 1 basketball ever since I picked up a ball as a kid. I enjoyed getting to know coaches over the course of the summer, but not having to talk to coaches all the time is pretty relieving.

I also know that my work has just begun. Even though I have committed, I know I have a ton of room to improve and get better in all aspects of my game. I can’t get complacent with where I’m at, because dreams don’t just show up. You have to work for them.

When I went down on my visit, I got to play in open gym, watch a practice, go to a Boise State football game and spend a lot of time with the players and coaches. One of the things I enjoyed most about being in Boise is the atmosphere of the game and of the team. When I was at the practice, the players brought the energy to practice rather than having the coaches get after them.

That is something that I have to bring to my high school practices because it helps bring the team together. Also, the guys play so hard during practice, so that they will be ready for anything that comes their way during a game.

The football game had an atmosphere like no other. The only colors you can see are orange and blue. Streets are shut down just because of the game, and the whole city rallies behind the football team. I loved spending time with the players and the coaches during my visit.

This really stuck with me because the only person that would be living the life of a college student-athlete is myself. It doesn’t matter how big the school is, or how much gear a school gives you. What matters is how you fit in at the school and which school helps you pursue your dreams.