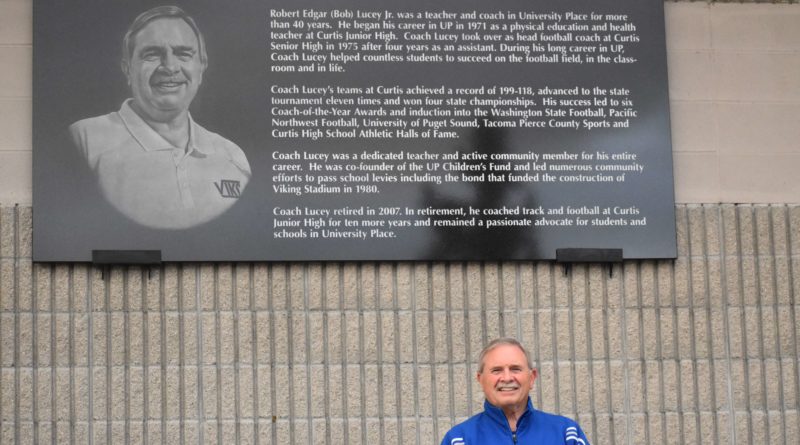 On Friday, the field was officially dedicated to Lucey in a ceremony at halftime of the Curtis vs. Puyallup football game.

Lucey was the head football coach at Curtis for 31 seasons, taking the Vikings to the state playoffs 11 times. Curtis won Class 4A state titles in 1989 (beat Kentwood in the finals), 1990 (beat Newport of Bellevue), 1995 (beat Kamiakin) and 1996 (beat Richland).

Lucey retired after the 2006 season with a 198-117 record. His longtime assistant Clay Angle replaced him.

Here are pregame photos before the ceremony took place: