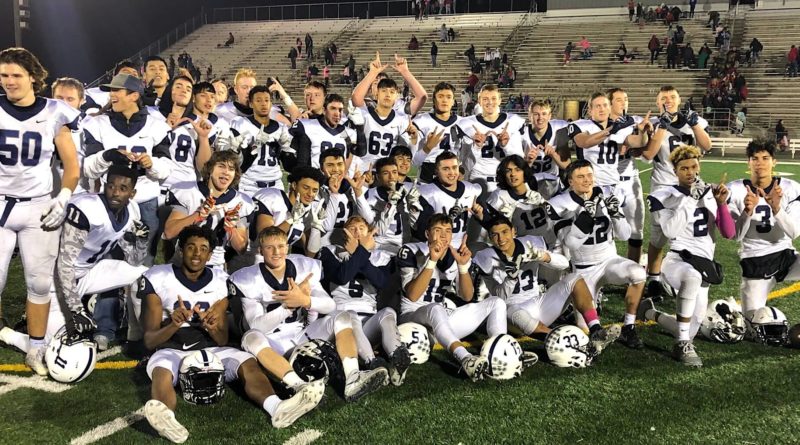 The game was called at halftime because of repeated lightning strikes in the area.

Sam Huard, who threw for 403 yards and seven touchdowns in the win Saturday, became the seventh high school quarterback in Washington to pass for 10,000 yards for his career.

Lincoln’s win sets up a winner-take-all matchup with Bethel next week for the 3A Pierce County League championship at Lincoln Bowl.

After an extensive halftime weather delay, the game was called with Eastlake leading 14-7.

Skyview was inches away from winning this game late in the fourth quarter. RB Jalynnee McGee took a handoff from a yard out and lunged toward the goal line after contact, but had the ball stripped by Camas defenders before he crossed the plain.

The Cougars will play No. 13 Eastlake for the KingCo title.

The Braves will now play Lincoln for the 3A Pierce County League championship at Lincoln Bowl.

The Conks struggled to run the ball against Kennedy Catholic. “They loaded up the box, but we just didn’t execute,” Kentwood coach Mike Bush said. “They’re a really good football team.”

Up next: NPSL crossover game, TBD

Kamiakin lost, but they held the top 4A offense in the MCC — and perhaps the region — to its lowest point total of the season. — Read the game story

Lakes sophomore Devon Nofoa-Masoe dazzled early with his darting 59-yard touchdown run in the first quarter. But he was injured in the second quarter, hurting the Lancers’ chances.

The Panthers are in a three-way tie for first place in the 4A Greater Spokane League.

Efton Chism III scored three TDs to help the Bearcats clinch the No. 2 seed in the Wesco 4A. They’re guaranteed a home game in their playoff opener.