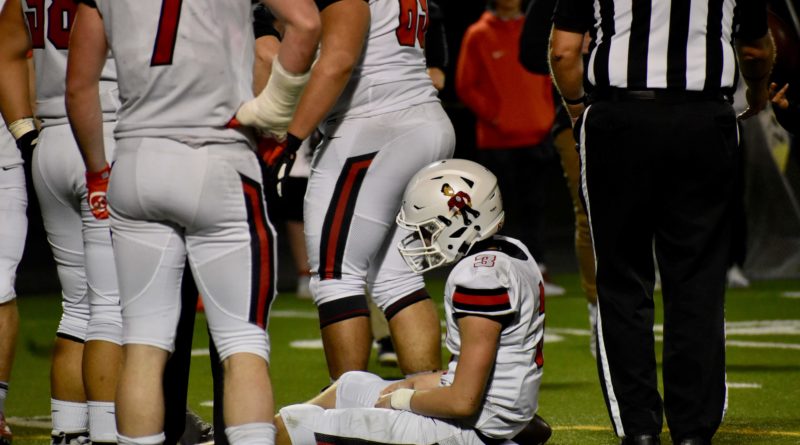 Camas starting quarterback Jake Blair suffered a broken collarbone on his left side in the third quarter of the Papermakers 21-17 win over Skyview on Thursday night, his father John Blair confirmed late Thursday night.

No timetable was immediately set for his return, which means the Papermakers (8-0), a potential 4A title contender, could be without their starting quarterback for the remainder of the season — and postseason.

Blair was hit trying to elude a collapsing pocket in the third quarter. He left the game after being tended to on the field, and was taken to Southwest Washington Medical Center. It is unclear if he needs surgery, according to his family, and he will see a specialist on Friday.

Blair, a 6-2, 180-pound dual-threat QB, had thrown for 1,091 yards and 14 touchdowns as going into week eight, and led the team both from under center and off the field as the Papermakers have established themselves among the top teams in 4A.

Backup quarterback Blake Ascuitto, a senior, played the rest of the game after Blair’s departure Thursday night, and remains the Papermaker’s top option behind Blair.