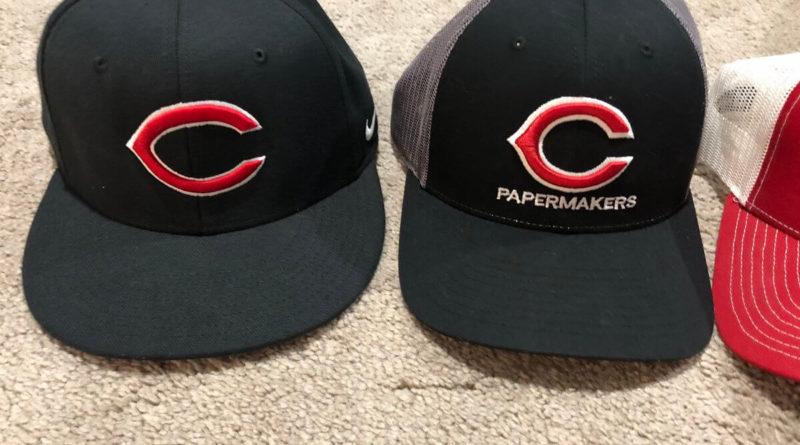 Here is an inside look at the top high school football games across the state of Washington in Week 8, as compiled by reporters Todd Milles and Andy Buhler.

Game nugget: Skyview has lost to Camas the last eight years straight, but last year’s 48-35 was one of the closer matchups. Running back Jalynnee McGee had 129 yards and two touchdowns by the midway point in the second quarter before going down with an injury. McGee is back and healthy this time.

About the Papermakers: Camas has established itself as the team to beat in the 4A Greater St. Helens League, and one of the top teams across the state. It has done so by scheduling tough and beating everyone — 3A powers Lincoln and Bellevue, along with Sumner (52-0). And in league, the Papermakers are without a flaw. Tyler Forner has continued his big play capability out of the backfield and special teams, Jacques Badolato-Birsell is amid a breakout season at running back and the Papermakers’ offensive line, led by the likes of Montana State commit Rush Reimer and Tristan Souza, who have held their own in the absence of injured USC commit Caadyn Stephen. Camas will try to control the game in the trenches. Will Skyview have enough to stop it?

About the Storm: Skyview’s penultimate challenge in the 4A Greater St. Helens gantlet is its toughest of the season: undefeated Camas, which has established itself as a title contender. To get there, the Storm have cleared hurdles, and tripped on one early. They lost to Mount Si on the road by five in week three, but since then have won decidedly, including thumping defending 4A champ Union 30-3. Yaro Duvalko, a Utah State commit, leads the way at QB. McGee is a big play waiting to happen out of the backfield, and the Storm feature hard-hitting defensive stalwarts such as safety Cooper Barnum. But will Skyview be able to disrupt Camas’ vaunted line?

About the Braves: Kamiakin is the top 3A team in the MCC and have won its last three after suffering its lone loss of the season in week four. After Kennewick beat them 42-18, the Braves beat Pasco, Walla Walla and Richland. Running back Tuna Altahir has been among the highest producing backs across the state. He leads the MCC in rushing yards (1,179) and touchdowns (14), and has impressed Chiawana with his growth over the last two seasons. “Man, he has put on some weight,” Graff said. “Hit the weight room and runs a helluva lot harder than he did the last two years.” QB Henry Mercado leads the MCC in touchdown passes with 20, as the Braves have put together the league’s most productive offense with an average of 458 yards per game.

About the Riverhawks: Chiawana’s lone loss of the season was a narrow one out-of-league Union, 21-20. Against the MCC? The Riverhawks are undefeated and have established themselves as the top 4A team in central Washington. No league game has been close. Chiawana averages 43 points a game and has not allowed more than two touchdowns against an MCC opponent. JP Zamora, the last in line of brothers who are standout quarterbacks in the Pasco area, is under center and has excelled as a sophomore. He has tossed 1,265 yards and 15 touchdowns opposite six picks. His top target is Dion Lee, who has caught for 420 yards and six touchdowns.

*Stats are according to MCC statistician John Crawford

Game nugget: Luncoln’s four-year reign as league champion abruptly ended after its 42-24 loss to Lakes, which won the 3A PCL title in 2018.

About the Abes: First and foremost, Lincoln has to make sure what happened with QB Caden Filer (172-244, 2,007 yards, 21 TDs, seven INTs) in last year’s game doesn’t happen again. He was sacked three times, and picked off twice. Overall, the Abes had four turnovers in that loss. Filer has played his best football over the past month, and will certainly look often for favorite targets – WRs Julien Simon (51 catches, 584 yards, six TDs) and Jaylen Clark (34 catches, 437 yards, six TDs).

About the Lancers: Are folks already dismissing the defending league champions? They lost at home to Bethel (35-30) two weeks ago, and struggled against Spanaway Lake (12-7 win) last Thursday in a rainstorm. But Lakes knows how to win big games, and if QB Justin Brennan (67-110, 1,125 yards, 11 TDs) can win the one-on-one matchups with his talented receiving corps, the offense should be in for a rebound, especially with RB Devon Nofoa-Masoe (47 carries, 447 yards, six TDs; 286 receiving yards, three TDs) moving all around.

Game nugget: Rematch of the 2018 1B state championship game. Odessa broke the record for points in a quarter of a state title game when it put 40 on ACH in the first quarter.

About the Warriors: ACH lost all but four starters from a year ago, but the Warriors have reloaded — and their experience comes in the trenches. Reece Isaak, a 255-pound sophomore is a standout center and defensive end. And running back/linebacker Brayton Schafer is the bellwether on D. After trouncing through its competition up until this point, the Warriors face its most daunting task of the regular season on the road, in what could be part one of a story that ends in a state championship rematch.

About the Tigers: What more is there to say about Odessa beyond the words of head coach Jeff Nelson: “I don’t know how to put this, but we’re pretty good. Better than last year.” And that’s saying something, considering the Tigers ran away with last year’s state championship. Running back Marcus King is the defending 1B state player of the year, but this year’s Tigers don’t stop there. Josh Clark has been just as effective running the ball, and Camden Weber makes few mistakes at QB. The Tigers have shut out their last three opponents.
Scorebook Live WA pick: Odessa, 50-21.

About the Conquerors: Kentwood had the best approach in beating the Lancers last year (38-36) – controlling time of possession and limiting Kennedy Catholic’s scoring chances. RB Gabe Johnson (129 carries, 914 yards, 11 TDs) led the charge with 200 rushing yards in that win. But the Conks have a much more diverse attack behind QB Jackson Proctor (99-159, 1,275 yards, 12 TDs; 294 rushing yards, five TDs), who is the best dual threat the Lancers have had to game plan for.

About the Lancers: Ask anybody associated with the program, ;last year’s loss to Kentwood as the hardest setback to take – especially after a late penalty gave Kentwood a second chance to kick the game-winning field goal. Kennedy Catholic’s defense has been much better against the run this season (no opponent has totaled more than 100 yards), and on the other side, QB Sam Huard (163-244, 2,240 yards, 32 TDs, four INTs) and his pass-catching crew are ready for the rematch at home.