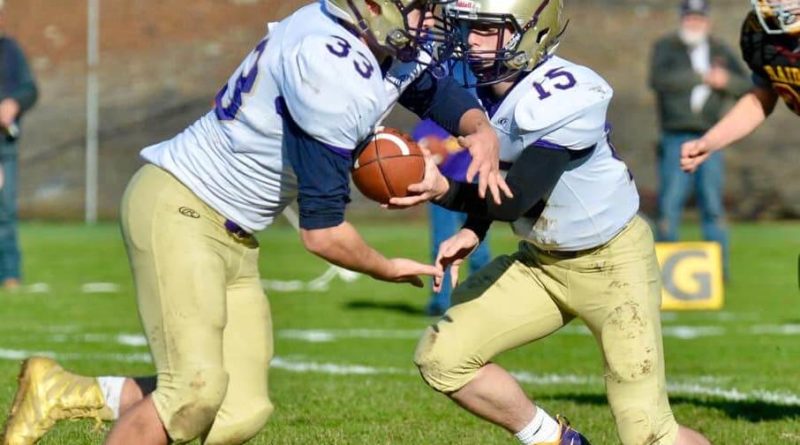 There was plenty of revisiting history at Onalaska High School this week.

Coach Mazen Saade wasn’t shy about reminding his players what happened the last time the Loggers met Napavine in a 2B Pacific League showdown in 2018.

Not only did its rival 11 miles down the road get bragging rights for another year, the Tigers extended their dominance to eight consecutive games.

That all ended Friday night.

“Our kids have been ready to play this game since last year,” Saade said. “They had a lot hanging over their head.”

Here are five takeaways from the Onalaska-Napavine game:

AN IRRITATED ASHTON HAIGHT IS GOOD TONIC FOR ONALASKA

Haight was well aware this could be his last chance in a Loggers uniform to beat Napavine.

So after Haight was held to 42 first-half yards on 15 carries – and Onalaska was held out of the end zone late in the first half to trail, 7-6 – he decided to show a different side of himself.

He implored that his offensive teammates communicate better, especially on blocks. The message worked – Haight exploded for 108 yards on 17 carries after halftime, including a pair of short touchdown runs.

On Onalaska’s go-ahead-for-good drive of the second half, Haight covered all 39 yards on four carries (14, 9, 15), capping it with a 1-yard scoring plunge to give the Loggers a 12-7 lead.

IT CERTAINLY FELT LIKE A STAREDOWN OF DUAL-THREAT QUARTERBACKS

Two of the better dual-threat quarterbacks – and competitors – in Class 2B had a lot on the line Friday.

Coming in, Napavine’s Laythan Demarest had the better numbers with more than 1,600 passing-rushing yards combined, and was considered the 2B Pacific midseason player of the year favorite.

Demarest’s 40-yard scamper gave the Tigers a 7-6 lead with 5:57 remaining in the first half.

But it was Lucas Kreger who eventually stole the show with two touchdown runs (13, 43) as part of his 147 rushing yards – and he also threw a 30-yard touchdown to Cade Lawrence that gave Onalaska a 28-7 lead early in the fourth quarter.

Saade said one of the head-scratchers over the past few years is how his best cornerback – third-year starting senior Cade Lawrence – has missed out being a 2B Pacific all-league first-team defensive back.

Lawrence picked off Demarest on back-to-back drives to start the second half as part of Onalaska’s four takeaways.

And both of Lawrence’s interceptions set up Loggers’ touchdowns – Haight’s 1-yard run, and Kreger’s 43-yard gallop.

Lawrence has a team-leading seven interceptions this season.

“Talk about a big night from a big-time kid,” Saade said. “He says three words a week. Actions speak louder.”

IT WAS AN OFF NIGHT BY NAPAVINE. GOOD TEAMS SOMETIMES HAVE THEM

There wasn’t much good that came out of this loss for coach Josh Fay’s group.

Napavine committed four turnovers. Its offense had been basically reduced to one person – Demarest as a running threat. And its defense could not stop Kreger or Haight, particularly in the second half.

The Tigers finished with 180 yards on 41 plays. Twenty-five of those plays gained 2 yards or fewer – with nine of them being negative-yardage plays.

“It was a rough night for us,” Fay said. “You are going to have to take care of the ball if you want to beat a team like this – one that handles time of possession and grinds you out at bit. You can’t give them free opportunities.

A WIN OVER ADNA NEXT WEEK, AND ONALASKA IN THE DRIVER’S SEAT

Come Monday, Onalaska will be the unanimous No. 1 in all the Class 2B state rankings.

And later in week, the Loggers can clinch their first league title since 2003 if they defeat Adna.

A win Friday would not only clinch the top seed in a crossover playoff, they would likely sew up the No. 1 seed overall in the Class 2B state playoffs.

“We came out and we proved what we felt we had to prove,” Lawrence said. “Some people did not think it could happen – but we made it happen.”