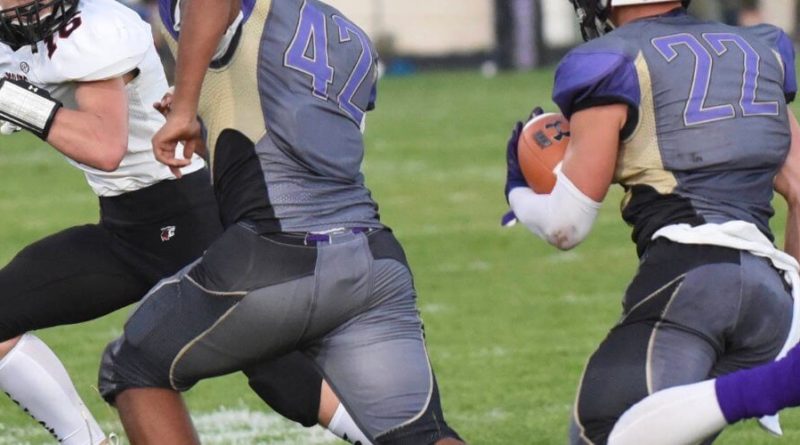 When Brock Hauck took on the head coaching role at Friday Harbor in 2017, he saw straight through the fact that the team had won two games in the previous two years. He saw the group of freshman he’d gotten to know during his time previously as defensive coordinator, recognized the program needed a change and thought he could help.

“There was something there,” Hauck said. “The culture was lacking discipline. There were things I thought I could change.”

Nearly three years later, the Wolverines have their first playoff appearance in 10 years under their belts, and the group of students that drew Hauck to the job in the first place make up perhaps the team’s most unified senior class in years. And they’re plowing through opponents.

Friday Harbor sits at 5-1, has allowed two touchdowns all season and runs a power-I form offense that has made way for a breakout season from Kyson Jackson, one of the most prolific rushers in the state across all classifications.

Jackson, a junior who has rushed for 1,190 yards and 17 touchdowns through six games, has flourished in an enhanced role from his sophomore season, numbers are believed to only trail behind Case Crutcher of 1B Entiat (1,209 yards, 16 touchdowns per MaxPreps) and 3A Mt. Spokane’s Kannon Katzer (1,456 yards, 21 touchdowns).

Jackson moved to the San Juan Islands from Utah before his sophomore season, when he was a wing back in the Wolverines’ multi-back system.

Hauck said Jackson’s jump to primary back was been aided by the junior’s offseason work in the weight room and running track and that he came back faster and stronger. He has amassed his staggering totals while carrying the ball around 17 times per game, and others have pitched in, too.

Junior Kaden Richie has nearly 500 yards and six touchdowns and junior Mateo Blackmon has added another five touchdowns. All have been bolstered by an offensive line that Hauck described as “phenomenal,” which features Gavin Mason, Ty Vague, Jack Mason and Austin Wynne.

The Wolverines missed the postseason last year after losing an abbreviated 2B Northwest League tiebreaker to Concrete. The league has one postseason bid again this season, but Friday Harbor, which has outscored opponents by an average of 42-1 behind a defense led by linebacker Weston Swirtz, is well positioned to take sole ownership of the league title.

Hauck doesn’t need to be told to appreciate the program’s rise over the past two years. He remembers clearly what it was like in the early days.

“When you’re going through the tough parts, when you’re just starting building, it feels like you’re never going to get there,” Hauck said. “And there’s a lot of sleepless nights wondering if you’re ever going to figure it out. It feels good to have it where it’s at now. There’s a lot of hard work from everyone, kids and coaches included.”

HOCKINSON, KELSO, AND THE GAME THAT ALMOST DIDN’T HAPPEN

Hockinson and Kelso approach a week seven nonleague matchup that, for awhile, wasn’t going to happen.

The two teams, located 40 minutes apart from one another, were both scheduled for a ‘bye’ week in week seven.

Hockinson coach Rick Steele says the school reached out to Kelso over the summer to schedule a week seven game and Kelso declined, instead opting for a week seven bye. When the Hilanders’ week four opponent Aberdeen forfeited citing safety concerns, Kelso had an opening.

“There will be some excitement around this game, it’s one of the reasons we wanted to play,” Coburn said.

“They called us the next week” after Aberdeen, Steele said.

Friday’s game, which takes place at 7 p.m. at Kelso High School, marks a showdown between two Southwest Washington teams from different classifications with winning traditions. Hockinson is the two-time defending 2A state champ and Kelso has had winning seasons each of the past four years.

Kelso coach Steve Amrine called Hockinson “the total package,” and said without the implications of a league title at stake, both teams would “let it all hang out.”

“You don’t do what they’ve done without being solid every facet of the game,” Amrine said.

Hockinson, which has glided through league play after losing early to Archbishop Murphy, feels it needs a challenge.

“We tried to get them to play last spring, they didn’t want to back then,” Steele said. “I think it’s fantastic We’ve had to play some games that just weren’t good for us. We just need a good, quality opponent.”

Franklin, a first team 3A Metro League selection as a junior, was the starting quarterback for Eastside Catholic’s 2018 3A state championship team, when he threw for 2,006 yards, 27 touchdowns and 10 interceptions. He transferred to Hazen in August just before the season.