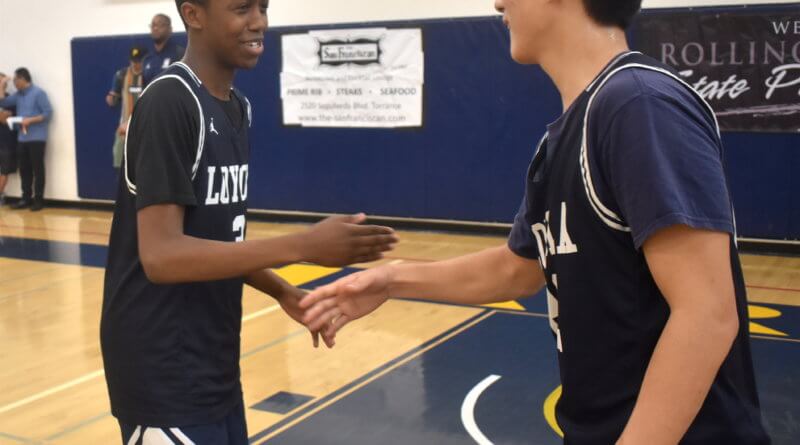 For much of his life, Montesano High School‘s Tanner Nicklas considered himself primarily a pass-rushing defensive lineman in football.

And why not? He has an imposing frame (6-4. 240). From playing basketball, he has nimble feet. And he’s turned into an all-1A Evergreen Conference performer.

But a game of middle-school kickball changed his long-term outlook.

With a newfound explosive leg swing, Nicklas has discovered himself to be a punting natural – and is now a top-70 national recruit for the class of 2020, according to Chris Sailer Kicking.

The scary thing, the teenager who wears a lineman jersey number to kicking camps (No. 68), Nicklas makes it look so easy.

Sailer often refers to Nicklas during competitions as “Big Tanner.”

“Honestly, after my sophomore year, I considered myself more of a punter, but still also a decent defensive lineman,” Nicklas said. “I’ve taken punting more to heart because I want to focus on my future.”

Oddly enough, after that kickball game in middle school, Nicklas did not turn immediately to punting. He tried kicking a football off the tee – and was hit or miss with it.

In eighth grade, he turned to punting.

“I’d toss the ball and kick it as hard as I could,” Nicklas said.

When he came into the Class 1A high school program as a ninth grader, Nicklas was the backup punter behind running back Carson Klinger, who taught him basic techniques.

In attendance, Sailer was amazed by Nicklas’ natural ability, and gave him a few more pointers on how to tweak his pre-punt steps.

“In the beginning, it was a training session with him on our form,” Nicklas said. “And in the second half of it, it was a competition. You’d get 10 punts.”

Combining punt yardage and hang time totals, Nicklas qualified for the national finals. Afterward, he was given a national ranking – 67th in the class of 2020.

On the recruiting front, the University of Montana has showed the most interest in him.

This season, Nicklas – the returning all-league first-team punter – hasn’t gotten as many opportunities as last year, but he is still averaging 47.5 yards per boot.

“He flips the field for us,” Bulldogs coach Terry Jensen said.

On game days, Nicklas is essentially a full-time, three-way player – a role he prefers.

“Playing on the line … it helps me to be engaged, so when it is my turn to punt, I do not worry about things,” Nicklas said.

Nicklas has an added responsibility during games, too: Monitoring his diabetes.

He plays with a monitor on his stomach that transmits data back to his cell phone. Usually one of the team’s athletic trainers or injured players constantly checks the information on the phone, and relays it to Nicklas when he comes to the sideline.

“It’s a big nerve-racker,” Nicklas said. “Through adrenaline and sweating, (my blood sugar) will dwindle down. … I am always checking my phone (for data), and my mom always texts me to make sure I am OK.”