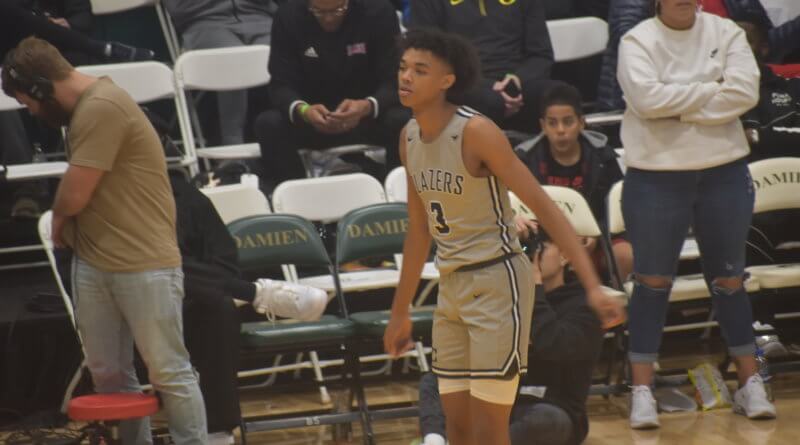 Lake Stevens quickly proved Friday night why they are the cream of the crop in Wesco and the No. 1 ranked team in 4A Washington high school football.

The Vikings jumped out to a 20-0 first quarter lead and never looked back on their way to 41-3 win over Glacier Peak in a battle of unbeatens at Veterans Memorial Stadium.

Lake Stevens was tested against the Grizzlies last season, winning 24-21, but were the dominant team on Friday as they earned their 42nd consecutive Wesco 4A victory. Junior quarterback Tanner Jellison and senior running back Dallas Landeros paved the way for a Vikings offense that put up 525 total yards.

Here are five takeaways from the Glacier Peak-Lake Stevens matchup:

Lake Stevens wasted no time asserting their dominance, marching down the field for touchdowns on their three first quarter drives and allowing just one first down on defense to jump out to a 20-0 lead.

The Vikings took the opening kickoff and capped a nine-play, 80-yard drive with a six yard touchdown from Landeros. Landeros finished with two touchdowns in the first quarter, plowing in from one yard out with 1:50 remaining in the quarter, and the ensuing extra point gave Lake Stevens a 20-0 advantage.

Defensively, Lake Stevens forced three and outs on Glacier Peak’s first two drives. And when the Grizzlies were finally able to move the chains during their last possession of the quarter, the Vikings forced a turnover, punching the ball out of the arms of junior running back Ryan Black on the final play of the first quarter.

Jellison quickly found his footing in the first quarter, connecting on his first five passes and finishing the quarter 8-for-9. Sophomore Drew Carter also scored for Lake Stevens in the first, reversing field on a wide receiver sweep and scoring from 34 yards out to give the Vikings a 13-0 lead.

JELLISON USED ALL HIS WEAPONS

Jellison spread the ball around to a plethora of weapons Friday, completing passes to seven different players as he finished 17-for-23 with 329 yards and two touchdowns.

“We want to share the ball and make teams cover everyone,” Tri said. “… We’ve got six different kids, easily, that all deserve the ball.”

The three-year starter connected on his first touchdown pass on the first play of the second quarter, hooking up with senior Kasen Kinchen for a 56-yard score to put the Vikings up 27-0.

Jellison linked up with Kinchen for another score in the fourth, this time from 25-yards out for the game’s final score. Kinchen finished with six catches for 107 yards.

Jellison has to credit much of his success to the play of his offensive line, who gave him all the time he wanted in the pocket.

Landeros benefited from the offensive line play as well, finishing with 165 yards on 24 carries and three scores.

“They’ve been dominant all year,” Tri said of his line.

Glacier Peak entered the night allowing just 9.4 points and showed why after finding their footing following a terrible start to the night. The Grizzlies intercepted Jellison twice in the second quarter and made it difficult for the Vikings to get any rhythm for much of the night.

The Grizzlies hadn’t allowed more than 14 points in any game this season before facing the Vikings, the state’s top scoring offense.

The offense dominates the headlines for Lake Stevens but their defense provided the push on Friday, forcing two turnovers and forcing three turnovers on downs.

The Grizzlies were held to just 215 yards of total offense. Senior kicker Brayden Corwin provided the only scoring for Glacier Peak, hitting a 29-yard field goal with 4:22 to play in the first half.