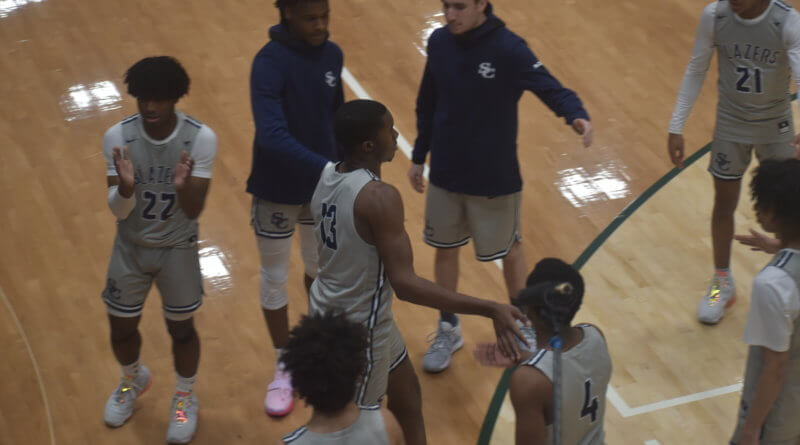 It began in youth flag football.

As a third grader, Johnson was the gun-slinger in a Metro Parks league, passing for touchdowns at will.

“He was good,” said Keith Johnson, his father. “He was really the only one in the league who could throw a football that way.”

Now, Parker Johnson is one of the best senior signal callers in the state. The 6-foot-4, 235-pound dual threat has 1,329 yards and nine passing touchdowns, and 184 rushing yards and four scores in four games.

The Yale University commit registered back-to-back 400-yard passing efforts for the Class 1A Cougars against a pair of 2A SPSL programs, including a school-record 454 yards in a 38-35 victory over Eatonville.

“He can throw a football 70 yards, and that is impressive,” Cascade Christian coach Devin Snyder said. “But I’ve never seen a high school quarterback throw a 20-yard out (pattern) from the opposite hash like he can. That is an NFL throw, and he can do it over and over and over again with ease.”

Back to the start of his journey: After that one year of flag football, Johnson went to his parents and said he wanted to give tackle football a try.

They did not waste any time in getting Johnson prepared. He started immediately with skill-building training at Competitive Edge Performance Training in Puyallup.

Over the years, Johnson has worked with some of the best quarterback instructors: Former University of Washington and Oregon quarterback Johnny DuRocher, now the director of Rise football (on two separate occasions); former UW and Colorado quarterback Taylor Barton, of Barton Football Academy/Air Attack/Alliance Academy; and now Lavelle Durant, a former Franklin High quarterback who has branched out as a private instructor after being on the Elite 11 staff.

DuRocher was influential in Johnson’s early development with passing mechanics, footwork and feel of the game. Durant, whom Johnson has worked with extensively starting last summer, has helped refine game-management aspects.

Of course, it also helps when you throw around the likes of standout college quarterbacks Max Browne, Jacob Easton, Billy Green and Dylan Morris.

“Everything has slowed down for me now,” Johnson said.

With 1,329 yards, Johnson is on pace to have his best season as a senior – and challenge all the school’s career marks held by Evan Bratz, also a former four-year starter (1999-2003) who is now Cascade Christian’s offensive coordinator.

And yet, there are those who simply discount Johnson’s accomplishment based on the level at which he plays – 1A.

“I’ve seen that go around .. and it is a motivator for me,” Johnson said. “I’ve gone to camps with some of the top guys in the state. They are great quarterbacks, but I know I can hang with them.

“I want to show the rest of the state that 1A is not a place to mess around at. It doesn’t have bum talent.”

Just ask his top wide receiver Conner Zetterberg how he feels about catching passes from Johnson. His right pinkie is still weirdly bent after a high-velocity pass jammed it during practice two years ago.

“He can play anywhere, he is such a good quarterback,” Zetterberg said. “He’d play at the 4A level and start. He is legit.”