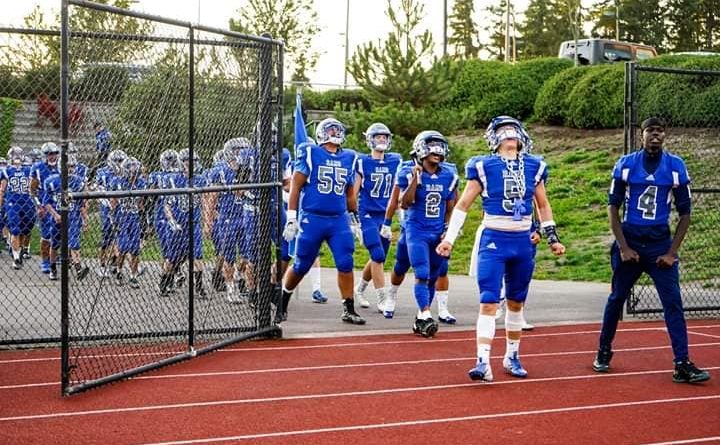 Connor Richardson grew up hearing about two eras of the Ingraham High School football program that stood in stark contrast to each another.

There was the one his father, Lou Richardson, was a part of that won the program’s lone state championship in 1988. Then there was the one he grew up in, which had experienced just one winning season since that title year 30 years ago.

Richardson, along with several teammates who had grown up together, knew they wanted to flip the script. It helped when, as sophomores, Zack Elvig was hired as the head coach, and he had a plan.

“Most of us have all grown up together, we all had that bond growing up,” Richardson said. “As soon as (Zack) Elvig got hired, we knew it was our time to make a change.”

In the three years since, Ingraham managed its first winning record (6-3) since 2005 — second since 1988 — and is off to a 4-0 start this season. Elvig played for Ingraham, graduated in 2005 and when he was hired, after two years as an assistant, was a part of the last team to have a winning season.

He knew ever since he graduated that he wanted to come back and help turn the program around.

“I was so tired of hearing how Ingraham football sucks, how terrible we are,” Elvig said. “I wanted to do something to change that narrative, so our kids didn’t have to go through that again.”

Elvig’s plan was two-pronged: first, the standard would be raised in the classroom. So Elvig, a physical education teacher at the school, would walk around the halls to make sure his players were in class. And “five-weekers,” a term for students whose grades rule them academically ineligible but have a five week grace period to get their grades up, were no longer allowed to compete.

“Football’s a privilege,” Elvig said. “For awhile a lot of the juniors and seniors were not happy with me. If we could commit ourselves in the classroom, football would be easy.”

“We’re a little more built, which helps us out a lot,” Elvig said. “We could barely squat 150 pounds and now we have three guys who squat more than 350 and two guys over 400.”

Richardson, the team’s quarterback, was all in, as were then-sophomores Rodrick Nicholas, Tre Harstad, Tidairus Brown and George Boston, among others. Elvig believes that class of sophomores – now seniors – were the catalysts for building — and sustaining — a winning culture.

Senior Rodrick Nicholas recalls Elvig showing him a story in 2017 done by the television news station Q13 Fox in Seattle that offhandedly referred to Ingraham as “a perennial doormat in prep football.” It was used as so-called bulletin board material not just for Elvig, but also the Rams players.

“I just kept that chip on my shoulder the whole season last year and we just wanted to basically erase that,” Nicholas said.

Nicholas moved to Seattle from Louisiana, and wound up moving to Ballard when he was in middle school. That’s when he met Richardson, and when Nicholas’ parents decided to move back to Louisiana as he was entering high school, he opted to stay and live with Richardson.

“Back there I pretty much fall into a stereotype,” Nicholas said, citing race as a factor as a young black kid in an area he described as less open-minded. “I knew if I went (back) there I wouldn’t be as successful of a student and a football player as I am now.”

Nicholas is not alone in the bond he describes feeling to his teammates — particularly the seniors.

“I’ve never been closer to anyone in my life,” Harstad said. “I’ll fight for these guys. Deep down in my heart I know this is my No. 1 family.”

This year, the Rams are 4-0 with narrow wins over Thomas Jefferson (13-12) and Chief Sealth (36-32), and will likely need to run the table in league to upend fellow undefeated rival Ballard in the 3A Metro League Sound to qualify for the crossover playoff.

Those goals Elvig set when he was hired are not done. The players have set their own goals for the season, which includes making the postseason, which would support perhaps the biggest overarching goal of all — one the senior class has played a large part in establishing.

“Let everyone know Ingraham is back,” Harstad said.

Andy Buhler is a reporter for Scorebook Live Washington. Hear him weekly on the Scorebook Live Today podcast, follow him on Twitter @AndyBuhler and email him at andy@scorebooklive.com.