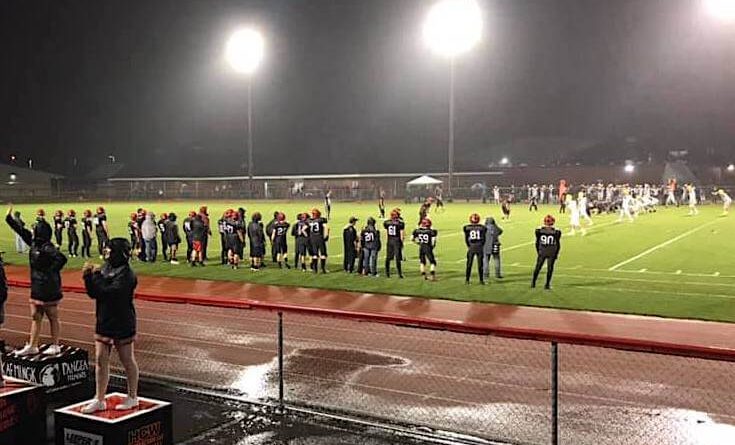 Mount Baker coach Ron Lepper believes in holding his players accountable — even when it means raising his voice a bit.

It’s his group’s willingness to listen, and respond, that he attributes as a reason why his Mountaineers are perhaps the most impressive 4-0 team in 1A.

No. 4 Mount Baker brought back just two offensive starters — “a whole brand new O-line,” Lepper said — and three on defense from a team that made it to the 1A state quarterfinals last season, but holds rare wins over 2A power Lynden and Lynden Christian.

“Obviously we’re pleased,” he said, chuckling. “I don’t know if I would have believed we’d be 4-0 at this time a couple weeks ago.”

Among the Mounties’ returners are leading rusher and scorer Jason Lee, all-state tight end Maylon Kentner and two-way starter Mark Tikhonov. But credit is due for the all-new offensive line, which has helped junior Toby Jefferson have a breakout season running the ball. And the offense has been supported by a defense that has held opponents to 8.5 points per game through four contests.

Lepper said that starts with the defensive line, which is led by junior Phil Paez, and a linebacker corps helmed by Kris Flowers and sophomore Davin Beason.

The Mountaineers are keeping expectations high entering a contest with Meridian on Friday.

“We leaned on (experience early), but we told them we had really high expectations,” Lepper said. “Just because we had new guys we’re not lowering expectations.”

If you’re a perennial power in Oregon’s largest classification, scheduling your homecoming game against a 2A team a three-hour bus ride away is a smooth move, right?

Tumwater upended Clackamas (Ore.) 35-19 on Friday to move to 4-0 on the season and further cement its status as 2A’s top team. Clackamas was a state semifinal team in Oregon’s biggest classification last season.

Tumwater looks every part the state title conteder it was two seasons ago when it lost to Hockinson in the 2A state title game. The T-Birds lost in the quarterfinals last year, and have been to four state title games since 2010, the year they won their fifth state championship as a program.

Bethel coach Mark Iddins said Latu went through the concussion protocol after the 49-0 win over Wilson and while it appeared there is no concussion, Latu still nurses a sore neck in practice this week.

The team’s medical staff has not made an official decision on Latu’s status this week, but Iddins said the nature of the injuries — which stem from the head and neck injuries — require extra care.

“We’re going to err on the side of caution,” Iddins said.

Latu, a three-star senior linebacker committed to the University of Oregon, is the No. 7 Braves’ top defensive player. He left the game in the third quarter on Friday after he hit the ground hard going in for a block.