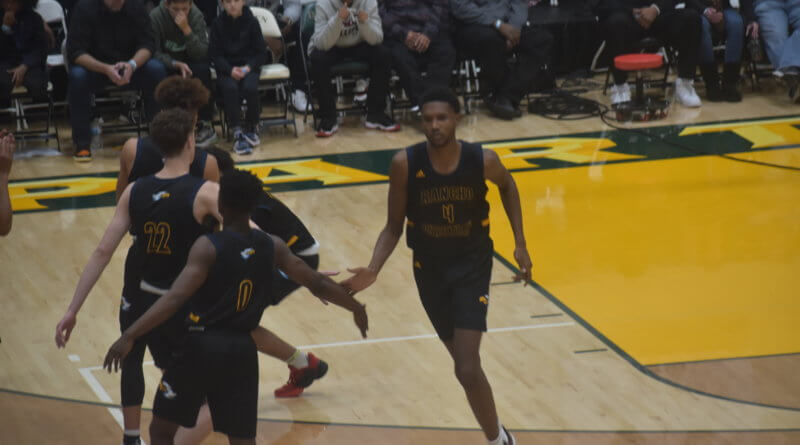 For a teenager who sheds offensive-lineman blocks with such ease, Kennedy Catholic’s Sav’ell Smalls was being taken down by the pushes and pulls of high-pressure football recruiting.

With his head spinning, it took a singular one-on-one meeting with Washington Huskies coach Chris Petersen to settle him down.

And to set him straight.

Smalls, the nation’s top outside linebacker recruit (6-foot-3, 230 pounds) in the class of 2020, went from snubbing the Huskies last spring to making them his ultimate choice.

In front of a packed homecoming crowd at school, Smalls announced he was giving an oral commitment to the UW over Alabama, Clemson, Florida, Florida State, Georgia, Ohio State and Oregon.

After he made the declaration, Kennedy Catholic teammates mobbed him on the gymnasium floor, including quarterback Sam Huard, who is a UW commit for 2021.

“Sam was nudging me every single day (about UW),” Smalls said. “He did not let off.”

It was a big recruiting victory for the Huskies, who nabbed not only the state’s top senior recruit, but a consensus top-10 player nationally (he was ranked No. 9 by 247Sports.com and Rivals.com, and No. 10 by ESPN.com).

And given that the Huskies were all but left for dead last spring, it was quite a comeback for Petersen and his staff.

“There were just a lot of things going on in my life, and I just felt like getting away from home would be better for my development as a player, and as a person,” Smalls said.

But Smalls decided to leave Garfield this summer, and return to the school where his high school career started — Kennedy Catholic.

And then, the Huskies got back into the picture – this time for good.

“They definitely let off and let me breathe and relax, and go through my own process of thinking, and my own recruitment,” Smalls said. “A few months later, they started hitting me up gradually. I appreciate them not bombarding me even after I eliminated them. They handled that process the right way.”

Less than a week before the Lancers’ season opener against Bethel, Smalls had a sitdown meeting with Petersen, who laid down a big-picture plan for the teenager.

“At the end of the meeting, I was like, ‘It was no question,'” Smalls said. “I just had to shoot the gun (on a decision) and do it. I didn’t need to waste my time and waste other people’s time.”

And in the days after that, Smalls began seeing the importance of staying home where his parents, Joseph and Sophia, and his two younger brothers, Savion and Sincere, could watch him play.

“You had that gut feeling he loved the idea (of being) the hometown hero,” Kennedy Catholic coach Sheldon Cross said.

Smalls said he pledged to Petersen about a week ago, and decided to make the announcement public Friday.

“I don’t get nervous a lot. I had a few butterflies,” Smalls said. “This morning, it hit me. It was crazy (knowing) it was the end of one journey and the start of the next.

“It’s been almost three years since I got that first offer (from the UW). So much has changed – people around me, how I feel, what things look like, what teams are winning. So many things in life have changed.

“It was so surreal I’d be actually here and be in this moment.”