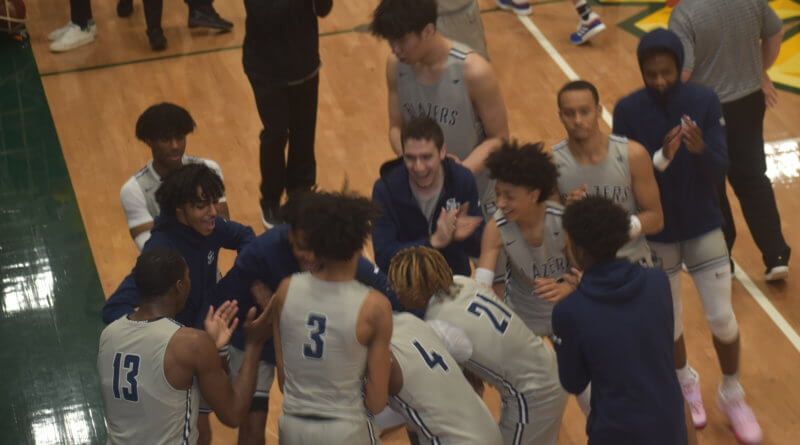 Monte Kohler has performed his share of magic tricks over the years in keeping O’Dea football’s unparalleled run of excellence unbroken.

And the outside perception reflects that — many in the media/coaches’ poll (including Scorebook Live) have the Irish the overwhelming pick to best challenge Eastside Catholic for Class 3A supremacy.

And why not? In Kohler’s 34 seasons as head coach, O’Dea has reached the state playoffs 31 times (including a streak of 25 years in a row), advanced to the 3A championship games 11 times — and won four state titles.

Kohler’s 338 victories are the most by any active coach in Washington — and rank No. 2 behind Tumwater’s Sid Otton (394 wins).

But if the Irish are able to live up to their assumed billing, Kohler and his staff will have done one of its best jobs coaching.

Why? O’Dea not only lost 34 seniors from its 3A runner-up squad a year ago, half of them were all-Metro League Mountain Division selections (occupying 21 spots).

In short: That is nearly a complete starting lineup, on both sides, that walked out the door last June.

“There is some frustration (with our youth), but it really has been fun because they are so new,” Kohler said. “They are young. And, for the most part, they are hungry.”

So, who has stepped forward as the new Alpha-dog leaders of this group?

Hint: They play right next to each other on the defensive line.

Senior Jalen Dixon (6-foot-2, 255 pounds) is the team’s top pass-rushing threat at defensive end. And Owen Prentice (6-3, 285), the state’s top offensive lineman prospect as a junior, mans one of the defensive tackle spots.

“I enjoy that role, for sure,” Prentice said. “I am happy to take charge.”

Added Dixon: “It is the tradition of O’Dea. I feel no pressure. I feel like it is my team.”

And yet, these two standouts have very different backgrounds.

Dixon was a youth football league star for the Rainier Ravens in south Seattle, and got introduced to the sport on the same turf field he now practices on with O’Dea — Genesee Playfield.

Like Dixon, Prentice got involved in sports at an early age (5 years old), but it was in rugby.

Rugby is one of the strong family fibers: His parents, Chris and Julie, founded Atavus Rugby, and are part of the Seattle Seawolves’ ownership group (Major League Rugby). Both of his older siblings are members of the Harvard women’s rugby (Emily) and men’s rugby teams (Gavin).

But with four Pac-12 offers in hand, Prentice knows his future is in football — even though rugby has a huge influence on how he plays the sport.

“One of the biggest things is being able to think on the fly,” Prentice said. “In rugby, you don’t get a chance to get in a huddle, and there isn’t much dead play … and you’ve got to think, ‘Where can we find space, where can we create space?’ as you go.”

“For a big kid, he has such great feet,” Greenan said. “He knows how to manipulate his body to get movement. He knows how to use shoulders when he needs to. And for all those years being in a (rugby) scrum, he knows how to root kids out.”

It is clear that this young O’Dea group follows the leads of Dixon and Prentice, who have grown up playing youth football together — and fell into significant varsity action at the same time in 2017.

“We have fun times,” Dixon said. “He is like one of my best friends.”