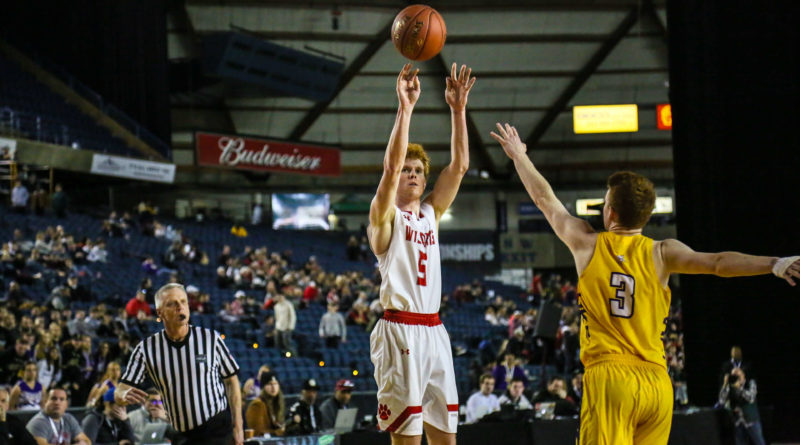 Mullins was an Associated Press first team all-state selection as a junior after winning the 4A KingCo and leading Mount Si to the 4A Washington boys basketball state championship game as a four-seed. He averaged 18.9 points, 7.4 rebounds and 4.3 assists on the season.

He cited Saint Mary’s guard-heavy offensive style, player development and the prospect of earning playing time as a freshman as the top reasons Saint Mary’s stood out to him.

“The way they play fits me and my game,” Mullins said. “They run a ton of ball screens, they can all shoot it. I love coming off screens, I can be a scorer there.”

Many of Mullins’ offers from bigger programs who liked him at point guard, the position he played for Team Lavine on the AAU circuit. At Mount Si, he plays shooting guard to fill a need of a primary scorer — and because of the Wildcats’ starting point guard Bennett O’Connor.

But at 6-foot-5, 195 pounds, Mullins believes he’s an underrated passer.

“I’ve always liked creating for others, getting assists and also scoring the ball,” he said. “(Saint Mary’s) has a good track record for developing scoring point guards.”

Mullins held several offers entering this past summer, but saw his recruiting take off on the AAU trail. Oregon State was his first Pac-12 offer in mid-June.

But in the end, when it came down to Saint Mary’s and Oregon State, he saw a greater opportunity to get playing time immediately in Moraga after seeing several guards commit in OSU’s 2019 recruiting class.

Mullins initially intended to take a visit to Oregon State, but made up his mind. He called the Beavers coaching staff Tuesday night to inform them. He’d also planned to visit Utah State, Colorado State and Santa Barbara and Stanford in October before narrowing his list down.