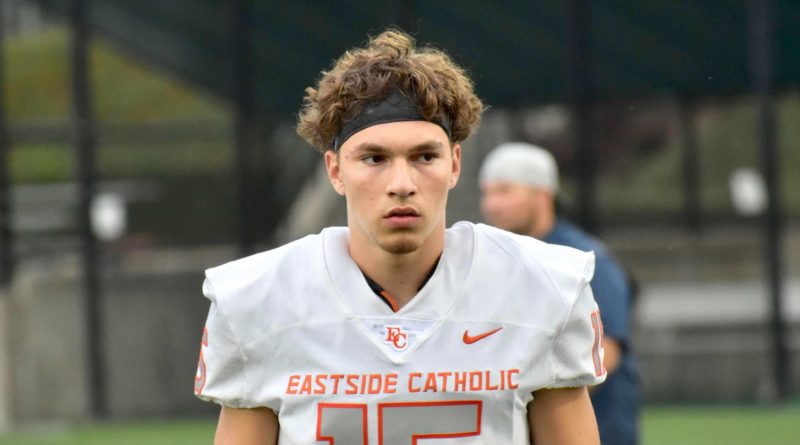 Here’s a look at how Scorebook Live’s Top 25 Washington high school football teams fared in games played Sept. 19-21. These are our all-classification rankings.

The Vikings showed what they’re capable of on offense, racking up 661 total yards.

The Falcons put away Edmonds-Woodway early and turned their attention to their Week 4 showdown with Mount Si.

Cameron Daniels rushed for 103 yards and a TD and O’Dea rallied from a 20-14 halftime deficit to beat Bothell.

Graham-Kapowsin scored on all five first-half possessions, including a spectacular 5-yard TD catch by Malaki Roberson.

Sam Huard threw for 292 yards and five touchdowns in a penalty-filled game.

The Riverhawks turned in another dominant defensive effort, holding the Blue Devils to 45 yards of total offense.

The Vikings scored three touchdowns in a six-minute span in the third quarter to erase a deficit, and wrap up a victory over their 4A SPSL rival. Puyallup QB Luke Holcomb threw for 287 yards and two touchdowns.

The Lancers likely won’t be tested until the Bethel matchup on Oct. 11.

Jacques Badoloto-Birdsell scored four touchdowns — including three in the first quarter — and rushed for 106 yards as the Papermakers cruised.

Kannon Katzer set a single-game school record with 355 rushing yards on 15 carries. He has 823 rushing yards and 13 touchdowns through three games.

After scoring 55 and 54 points in their first two games, Tumwater was held to 27 by a feisty Bellarmine defense.

Matt Gabbert threw for 228 yards and two touchdowns and Carsen Raab picked off a pass in the end zone late in the fourth quarter to seal the victory.

The Abes took out some frustration after a brutal two-game stretch to start the season.

The Titans came crashing back to earth a week after routing Steilacoom.

The Wolverines survived in arguably the best game of Week 3. Now they get Camas.

Ryan Blair and the Panthers took care of business Thursday night, setting up a huge game with Mt. Spokane.

Skyview QB Yaro Duvalko ran for one TD, threw for another and Jalynnee McGee scored twice on the ground, but the Storm came up just short.

This was a tune-up for Week Four’s Northwest Conference showdown with Lynden.

The Hawks started a new winning streak on Friday.

The Bearcats couldn’t stop Lake Stevens, but they have played one of the toughest schedules in the state.

Kamiakin QB Henry Mercado passed for 415 yards and six touchdowns as Kamiakin’s offense put up 40-plus points for the third straight game.

The Bulldogs’ two-point conversion failed with seven seconds left. Give them credit for going for the win.