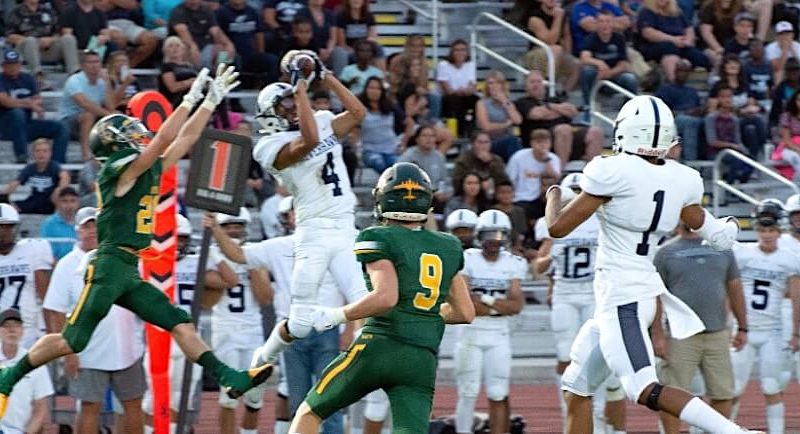 Congratulations to Chiawana High School’s Aiden Mason for being voted our Washington Federal Athlete of the Week!

Mason, a junior safety/defensive back, returned a fumble 50 yards for a touchdown and picked off two passes in Chiawana’s 37-0 victory over Kennewick on Sept. 13. Mason has four interceptions in two games.

We are currently accepting athlete of the week nominations for the week of Sept. 16-22. If you would like to nominate an athlete, please email ben@scorebooklive.com or tag us on Twitter or Instagram at @sblivewa.

Here are the other athletes who were nominated for Sept. 9-16:

Joey Johnson, Woodinville RB: Johnson carried the ball 28 times for 252 yards and a TD in Woodinville’s 21-20 win over Monroe.

Deyondre Davis, South Kitsap WR/DB: Davis had four catches for 104 yards and two touchdowns, and added 15 tackles and and interception on defense in South Kitsap’s 31-14 win over Rogers.

Conner Zetterberg, Cascade Christian WR: Zetterberg had 6 catches for a school-record 309 yards and 4 TDs in a 33-30 win over Eatonville. He also had 14 tackles and an interception on defense.