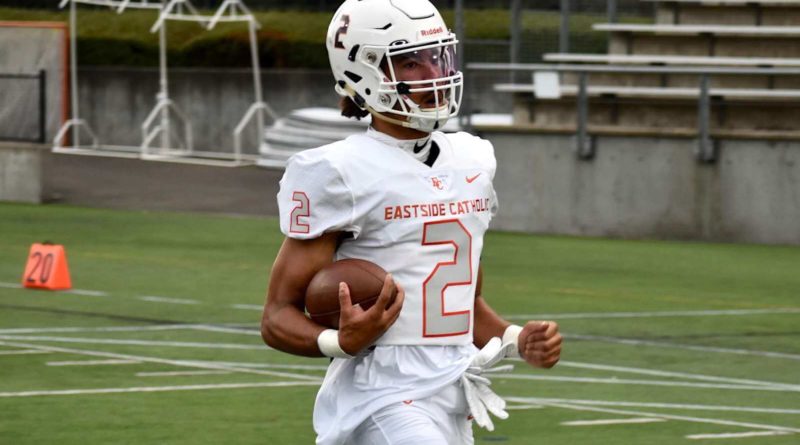 On the heels of our Top 100, where we listed the best high school football players in Washington, we’re now bringing you position-by-position player rankings.

These are early-season rankings based on last year’s performance and spring and summer observations. We will update the rankings at midseason.

Here’s a look at the Top 17 running backs in Washington, as compiled by Scorebook Live Washington reporters Andy Buhler and Todd Milles:

Two-time first team all-league defensive back selection as well as a threat out of the backfield on offense, Myrick plays with heart and rarely leaves the field. A two-star athlete, per 247 Sports.

Spent much of last season injured, after he had 10 touchdowns in the first three games. Ran for more than 1,000 yards as a sophomore at Mead. Has been unstoppable in 2019 with nearly 800 all-purpose yards and 11 TDs in two games.

An all-MCC honorable mention selection as a freshman.

The reigning 4A KingCo Crown defensive MVP at LB already has a 99-yard TD run in 2019.

The reigning 1B state player of the year, King rushed for 1,539 yards on 14.9 yards per carry and 42 total touchdowns last season. A make-you-miss back in open space who can also run through defenders.

Rybar already has 369 yards rushing and seven total TDs in 2019.

His older brother Peter gets more attention, but Braves’ rover is the team’s best all-around player. He opened the 2019 season with four TD runs against Kennedy Catholic.

With his low center of gravity, and overall strength, Johnson is a bowling-ball runner. He rushed for 115 yards and two TDs in Kentwood’s season-opening win over Skyline.

What separates Forward from others is vision; when he feels the lane coming, he goes.

Jones was a reliable option last season for the 4A state champs behind two college-caliber running backs. He has solid hands out of the backfield. And he’s a big playmaker: had a game-sealing 55-yard touchdown against Puyallup last season.

McGee is a dynamic three-year starter who can beat you by running around and through you. He missed the end of last season with a knee injury, which kept him out until this summer.

Warning to those who were run over by this standout — he has better speed now.

Galvan rivals Eastside Catholic’s Sam Adams II as the most complete running back in the state. The former ballboy will not only shoulder the rushing attack for Bothell, but he will play in the slot frequently.

A power-five recruit at running back and safety, the Washington commit is the state’s most talented back. Adams II is a quick back who likes to make defenders miss.