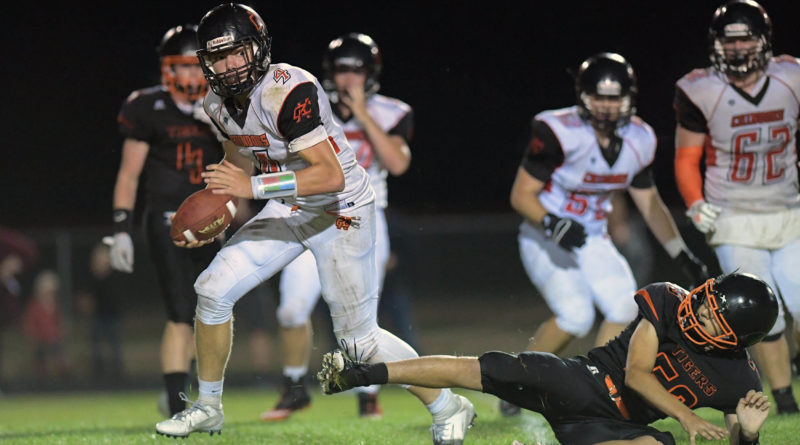 Nine months after losing to Kalama in the Washington high school football 2B state championship game, Napavine extracted a measure of revenge with a 33-27 victory over the Chinooks Friday night.

Napavine quarterback Laythan Demarest had four total touchdowns — three rushing and one passing — as the Tigers built a 33-14 lead with eight minutes left in the game.

Kalama mounted a furious fourth-quarter comeback thanks to a 56-yard TD pass from Jackson Esary to Brennon Vance, followed five minutes later by a 50-yard TD scamper by Esary. But Napavine recovered an onside kick with under a minute to play and ran out the clock.