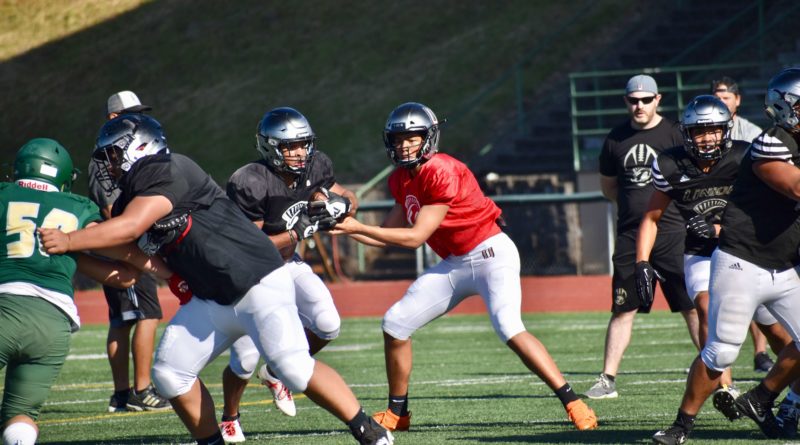 Here is an inside look at the defending 4A state champion Union Titans football team.

First team all-league selection at linebacker as a junior. Key cog in a state championship defense, results as a focal point of the Titans defensive core.

Tall, fast receiver should emerge as the Titans’ top option out wide. Played in the state championship game as a freshman. Holds offer from Pac-12 Utah.

For the first time in program history, the Union Titans can call themselves defending 4A state champions.

And despite losing state player of the year Lincoln Victor and four-star receiver/corner Darien Chase, who are now playing at Hawaii and Nebraska, respectively — perhaps the top two players in program history — Union’s talent and coaching under head coach Rory Rosenbach should make it a top-10 competitor entering the season.

How will Union fare with a retooled roster with several newcomers and backups from last season?

Tyler Summers and Daron Ulrich return as senior leaders and sophomore wide receiver Tobias Merriwether is primed for a breakout season after growing to 6-foot-4 and picking up offers from Utah and Nevada.

But the Titans must endure a tough-as-ever Greater St. Helens League with an experienced Skyview and imposing Camas, both postseason teams last year.