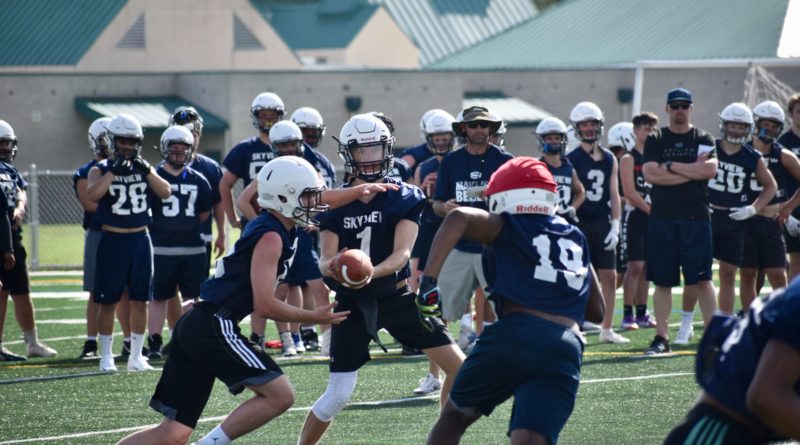 Here is an inside look at the 2019 Skyview Storm football team.

Dynamic three-year starter can beat you by running around and through you. Missed end of last season with a knee injury, which kept him out until this summer.

Second-year starter is a Utah State commit and a returning first team all-league selection at quarterback as a junior, when he threw for 2,750 yards and 26 touchdowns, plus three rushing scores.

Hard-hitting commander of the defense. Barnum, whose brother Brody Barnum led the Storm to the 2016 state semifinals, is among the team’s best raw athletes.

In a more-crowded-than-usual top of the 4A Greater St. Helens League, Skyview returns the most experience.

But does Skyview have enough to return to its first state 4A championship since 2011? The Storm will have ample competition in league with defending state champions Union and a reloaded Camas team.

Its biggest question mark is a young and  undersized offensive line.