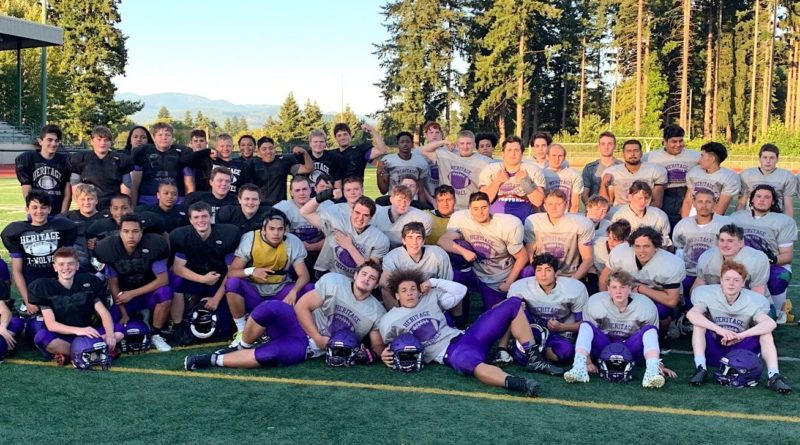 Here is a look at the 2019 Heritage Timberwolves football team.

Nikki Scott at full potential is a scary thought for the 4A Greater St. Helens League. Back from an injury that kept him out of most of his freshman season after a head-turning start, Scott could be primed for a breakout season.

Second team all-league selection as a junior as an offensive tackle. Will hold together the Timberwolves’ line.

Can the Heritage Timberwolves build program momentum in a deeply talented 4A Greater St. Helens League?

First-year coach Dennis Moody sure hopes so. Moody, who was hired as the Timberwolves head coach during the offseason, was previously the head coach at Robert F. Kennedy High School in California (north of Bakersfield), and led the team to consecutive section titles in 2014 and 2015.

Building Heritage into that caliber will be tough this season in a league where the top three teams (Camas, Union and Skyview) all enter the season in the 4A top-10 preseason rankings.

And the Timberwolves hope a healthy Nikki Scott, who showed flashes of excellence as the team’s quarterback last season as a freshman before a season-ending injury, will develop into not just a leader of their offense, but also one of the top QBs in the league.