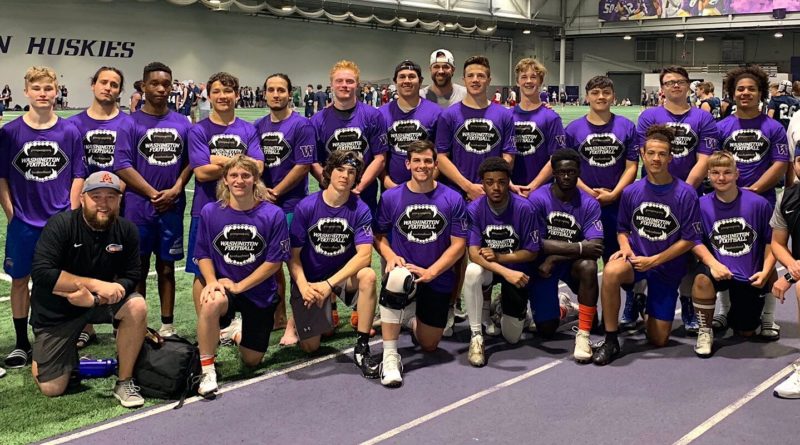 Here is an inside look at the 2019 Auburn Mountainview football team.

3-7 in 4A NPSL Valley (first place); lost to Mount Vernon in 4A districts

Just having him back (knee) in huddle will give offense lift; might play some ‘D’ later

By far the team’s biggest lineman, and offense so much smoother with him at center

It was a late-game two-point conversion — and 8-7 win over Hazen — that pushed the Lions to the top-flight 4A NPSL division this season.

So, what now? Across the board, Auburn Mountainview is easily the smallest team in the NPSL Mountain. But it is also one of the quickest and most-skilled programs, especially on offense.

Davenport was an all-4A NPSL honorable mention selection despite having his season cut short in the fourth game with a serious knee injury. He racked up 695 passing yards, 205 rushing and is a force when the Lions go to their triple option. Also an all-league defensive back, he will mostly play offense as he works his way back.

The team’s real physicality comes in form of Alfrey, the younger brother of former NPSL MVP Talan Alfrey, now at BYU. In the second half of last season, coach Gervais said his sophomore realized he could move the pile against any team, and became the team’s top downhill runner.

If the Lions can get their offense cranked up and rolling, they could be a dark horse in the league’s toughest division.