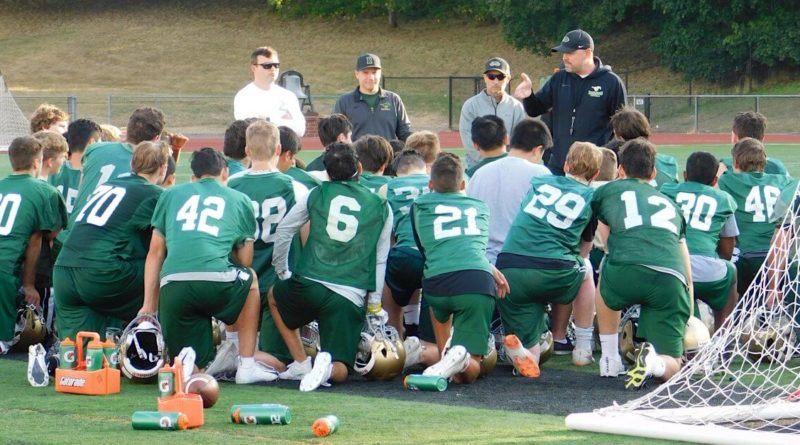 Here is an inside look at the 2019 Redmond Mustangs football team.

Got playing time late last season, and showed himself as sound decision maker

So why is there optimism around a program that has posted a winning league record just once in the past 12 seasons?

His name is Carson Bruener. And Ahrens considers the UW-bound senior the best player in 4A KingCo.

Bruener will certainly be one of the busiest, teaming with Janetski as co-starters in the offensive backfield (and expecting to get a minimum 15 touches per game) while also being the team’s defensive leader at middle linebacker.

In fact, the Mustangs, who are switching to a nickel-coverage base defense to utilize some of their smaller, quicker guys, should have one of the better linebacking corps in the league with Bruener, Janetski and Ben Chenevert, a first-year player and baseball standout.

If Fortney can continue to show the rapid progress in running the offense for his father — former UW quarterback Shane Fortney is the play caller — like he did late in 2018, the Mustangs could be a wild card.