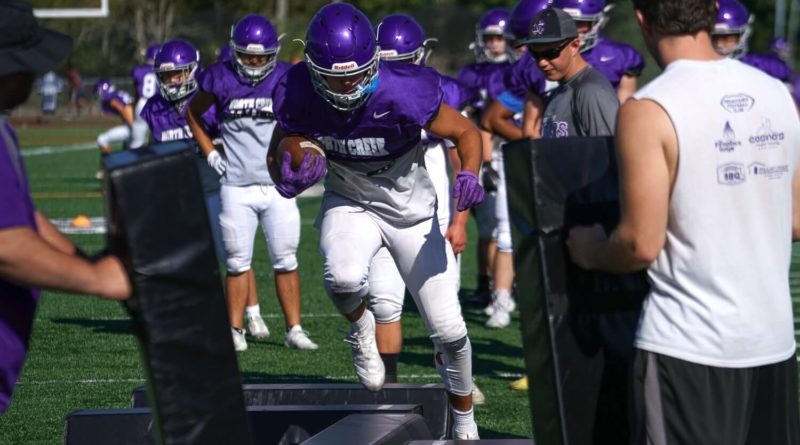 Here is an inside look at the 2019 North Creek football team.

Transfer from Texas missed much of last season (ankle); plan now is to dodge tacklers

Don’t look now, but the new kid on the block is growing up.

Two years ago, the Jaguars went 1-9 in their first season of football. Last season, they finished with a winning mark of 5-4.

The next step? Finding a way to hang with the league powerhouses.

Charlton could end up being one of the better quarterbacks in the league. He has worked on his arm slot and passing mechanics in the offseason, and looks poised to have a better second season leading the way.

And with an influx of offensive linemen transfers from Archbishop Murphy, Charlton’s protection should be vastly improved. It should also allow Mitchell — who has been a full-time two-way starter on both lines — to concentrate his efforts more on rushing the passer at defensive end.