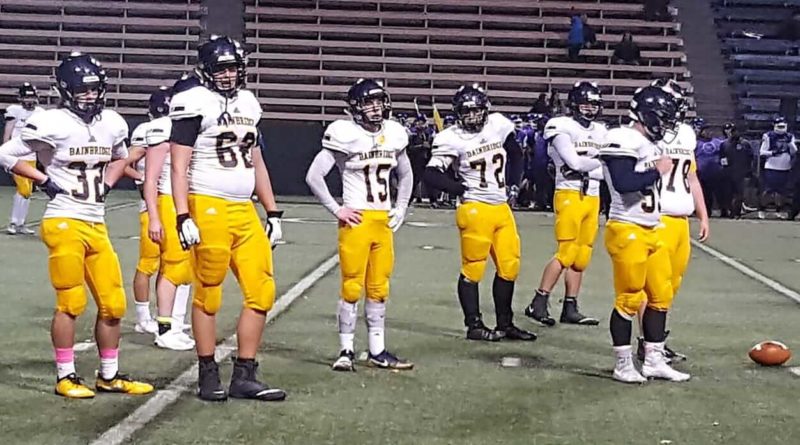 Here is an inside look at the Bainbridge Spartans 2019 football team.

All-Metro League first team linebacker in 2018, and has the ability to toss it on offense.

Alex Ledbetter, running back / defensive back

Speedster and a playmaker — dangerous on both sides of the ball.

Great speed and quickness for his size, able to disrupt plays in the backfield before they develop.

Bainbridge was able to win a division title last season in the Metro League Valley Division to complement their undefeated season in league — all while only suiting up 22 players every Friday night.

This year, the Spartans move up into the more competitive Metro League Sound Division, where they’ll play against the likes of Chief Sealth, Lakeside, and Sammamish.

Their 2018 roster consisted exclusively of juniors and seniors, which means that they’ll be missing a lot of starters on both sides of the ball this season due to graduation.

It also means that their incoming senior class will have a lot of varsity experience under the lights, which will help coach Rouser in his attempt to acclimate this team to its surroundings in its new league.

They’ll go up against a lot of big programs this season, which will be a great test for a football team that hopes to be a top competitor in its league once again.