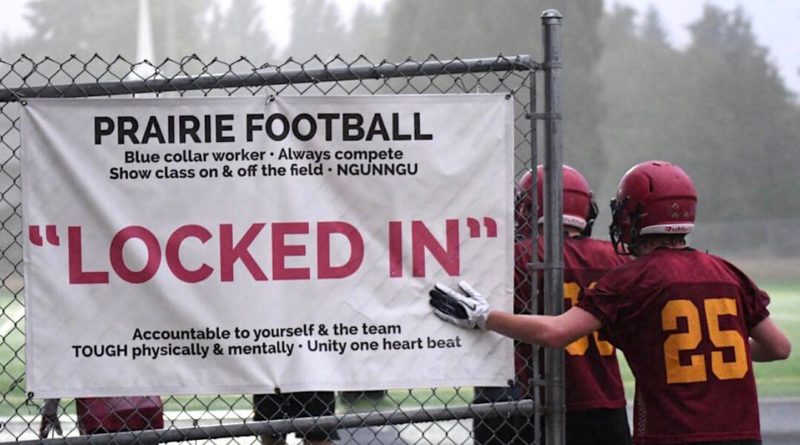 Here is an inside look at the 2019 Prairie Falcons football team.

First team all-league selection as a quarterback as a junior, can also play wideout. One of the top returners across the league.

Dynamic, athletic wideout who proved to be playmaker as a junior.

Great size that projects as a high-level college lineman. Will play a big role on both sides of the ball.

Momentum is brewing within the Prairie football program.

The Falcons bring back key contributors from a team that produced the program’s first winning season in seven years — second in the last 20 years — and played in the postseason. They return first team all-league quarterback A.J. Dixson and could challenge traditional 3A Greater St. Helens League powers Mountain View and Kelso.

A total of 14 starters are back for Prairie, which proves favorable for second year head coach Mike Peck. He implemented a new spread offense last year, and will retool the defense to fit the returners’ skill sets.

Can Prairie crack the top-two in league? Coaches around the GSHL are certainly on alert, including Mountain View’s Adam Mathieson, who picked the Falcons to win the league.