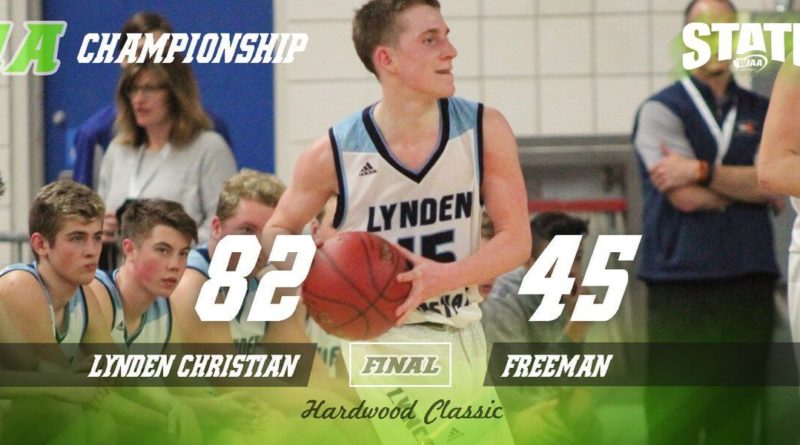 Lynden Christian is ranked No. 3 in Scorebook Live Washington’s preseason 1A football Top 10. Here’s an inside look at the 2019 Lyncs.

The Lyncs return their standout quarterback this season in Schouten. As a junior, he made it rain on defenses all year long, and Lynden Christian will count on more of the same this year. Currently getting D-1 looks from the likes of Central Washington, Eastern Washington, and Montana.

Gatterman will help make up a strong linebacking corps. Had 70 tackles in 2018, and will come into this season as the only returning starter on the offensive line. Standout on both sides of the ball.

The Lyncs won the league last year followed by a brutal loss to Newport in the state semifinals. They lose seven seniors, but return a lot of skill position players on offense, namely their key playmakers in quarterback Trajan Schouten, running back Levi Korthuis and wideouts Jackson Corkill and Tanner Feenstra. The Lyncs only return one starter on the offensive line in Davis Gatterman. Defensively, the line will be full of new faces as well, as senior defensive tackle Zach Sipma returns as the only starter. This Lynden Christian team is an early league favorite in the Northwest District, as well as a legitimate contender for a 1A state title.