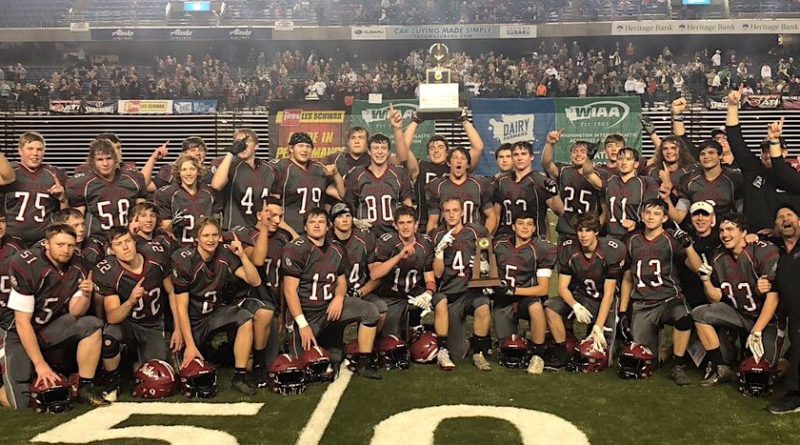 Colville is ranked No. 2 in Scorebook Live Washington’s preseason 1A football Top 10. Here’s an inside look at the 2019 Indians.

Pretty rare to find a guy with an NFL frame at the 1A level, but Dotts has it. He was first team all-league on the defensive line last year, and returns to a defense this year that loses five all-league selections from 2018. Two of those guys were all-league linebackers, which means that the first level of defense will be counted on to make stops at the line of scrimmage.

Michaliszyn has some big shoes to fill at running back this year. He replaces 2018 first team all-league running back Jacob Larson, who graduated in June. However, he did get some valuable touches last year, enough for him to earn a second team all-league selection in Cornwell’s two-back offense.

Anderson is the projected starter at QB this season, as Colville loses 1A Northeast League offensive player of the year John Knight. Knight lead the Indians to its first ever state title, throwing for over 200 yards and accounting for four total touchdowns.

2018 was a magical season for Colville. The program won its league and its first ever 1A state title, beating league rival Newport in the championship to boot. Coach Randy Cornwell was selected as 1A state coach of the year, and had eight players named to Washington’s 1A all-state team. The team rallied behind core group seniors, who have now left the program to pick up the pieces in 2019. The program will have to reload on both sides of the ball, but Cornwell, who enters his 23rd season as head coach, will lean on experience. Colville has made the state playoffs seven out of the last eight seasons.