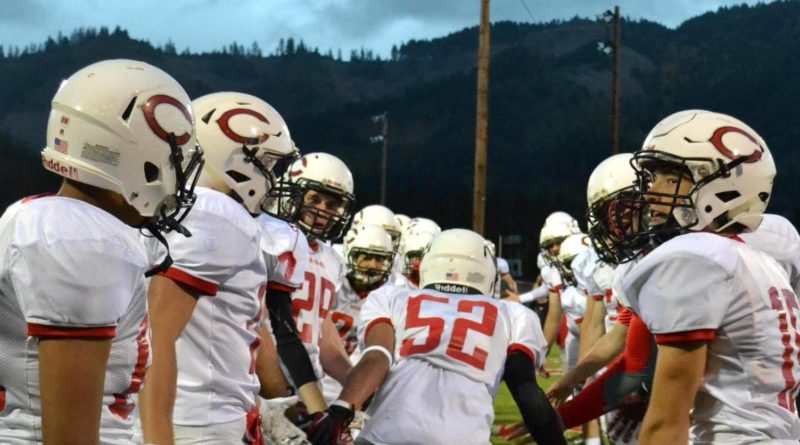 Here’s an inside look at the 1A Columbia (White Salmon) Bruins.

A stud on both sides of the ball, Charters possesses the ability to impact the game in multiple ways. The second-year starter accounted for 14 touchdowns on offense last year, as well as making 34 tackles and picking off three passes on defense.

Hylton comes into his second year as starting mike linebacker, having accrued 51 tackles last season. The experienced signal caller will be a veteran voice to lead the Columbia defense this season.

Abroad as an exchange student last year in Turkey, the incoming senior will rejoin the team this season. Coach Smith says Durkee would have gotten significant minutes last year had he been around.

The Bruins lose two dynamic playmakers on offense this season to graduation – a 1200 yd rusher in Trenton Howard and lightning bolt athlete Chandlor Bucklin. They’ll now rely on some younger guys to score the ball, fortunately behind a veteran offensive line. Bouncing off of a third place league finish, the Bruins’ hopes of maintaining league status will be placed on the backs of the offensive line. Columbia returns four of its five starting offensive linemen from last year, which will give some much-needed stability to the offense. On defense, the Bruins return six guys and will expect big things from the defensive line. Head coach Dan Smith says the Bruins “expect to be competing for a league title” this year, a bode of confidence for a team hoping to improve on a mediocre record.