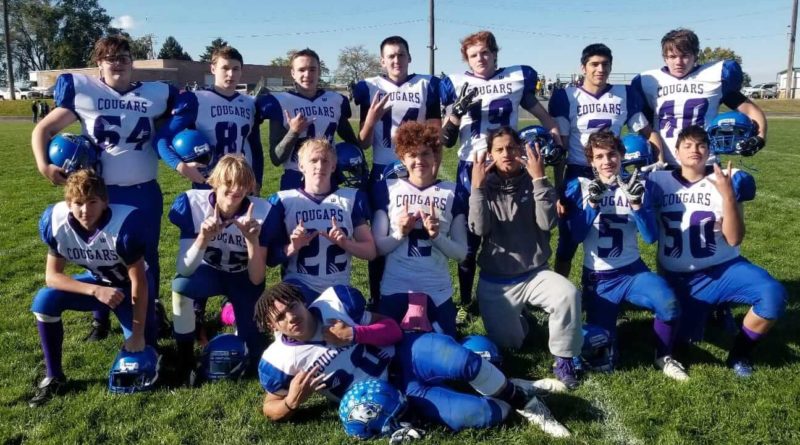 The Lyle/Wishram Cougars are ranked No. 6 in Scorebook Live Washington’s preseason 1B football Top 10. Here’s an inside look at the 2019 Cougars.

Lyle/Wishram went 7-4 overall as an independent 1B team in 2018. The Cougars lost to Naselle 68-38 in the 1B state quarterfinals.

Montoya rushed for more than 2,000 yards last season and north of 2,700 all-purpose yards as a junior. He’s a multiple-2B state champion track athlete and accounted for 45 touchdowns last season — 42 on offense and three kick returns. Montoya was named the MVP running back of Eastern Washington’s camp this summer. The Eagles football program offered him a 50 percent scholarship.

Tally, a transfer from The Dalles (Ore.), is a do-it-all receiver who has speed, strength and most importantly, per coach Antoine Montoya, has a good attitude and is extremely coachable.

A big-hitting, powerful tight end and defensive back, Kroskop is the Cougars’ physical presence and among the top blockers on the team. The sophomore should have a big role on both sides of the ball beyond the upcoming season.

Lyle/Wishram returns 10 starters, highlighted by running back Brandon Montoya, who rushed for more than 2,000 yards last season. The team beat Entiat in the regional round last season and lost in the first round of the 1B playoffs to Naselle. Now it enters its second season as an independent 1B team after opting down from 2B just for football, and will play five home games this season as opposed to two last year. The Cougars offensive line struggled at times last season, but depth up front should be a strength this season. With Montoya in the backfield, the Cougars are entertaining a spread offense and wildcat packages. But this year, perception is different for the running back. “Everyone knows who he is,” coach Antoine Montoya said. “Everyone respects him.”