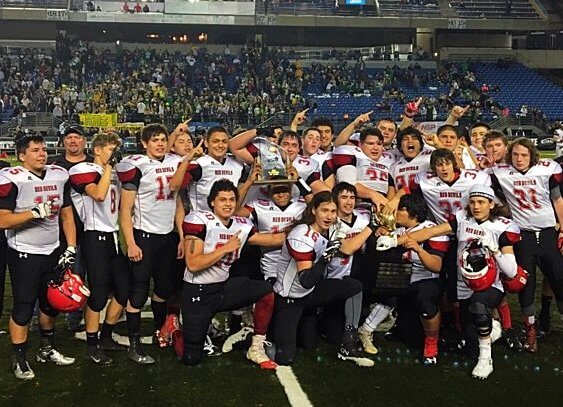 The Neah Bay Red Devils are ranked No. 4 in Scorebook Live Washington’s preseason 1B football Top 10. Here’s an inside look at the 2019 Red Devils.

Neah Bay finished 5-6 overall and 4-3 (third place) in the 1B Northwest League last season. The Red Devils lost to Odessa in the state quarterfinals, 71-8.

Great hands, strong route-running, sprinter speed and toughness make Tyree the team’s top target. The senior sets the tone in games with his play, and is also Neah Bay’s leader in the locker room.

The elusive Croy has what coach TJ Greene describes as “Odessa speed.” The tail back is elusive in space and tough to tackle when he finds an opening.

Strong two-way lineman who is a reliable downfield blocker, gets more than one block in a given play and utilizes his build with good footwork.

Neah Bay is known for its size and physicality, and this year will be no exception. It returns the majority of its core from a team that made the 1B state quarterfinals last season. They lose their running back, middle linebacker and defensive anchor all in one in Billy Parkin III, but return plenty of pieces, including two linemen over 300 pounds — potentially the biggest line in the state — and a strong set of skill position players to complement freshman quarterback Zandel Aguirre. The Red Devils expect to be more competitive than they were last year, and hope 2019 is a return to the form that saw four 1B state titles from 2011-2016. They’ll have to get through a competitive 1B Northwest League that includes Crescent and Lummi Nation.