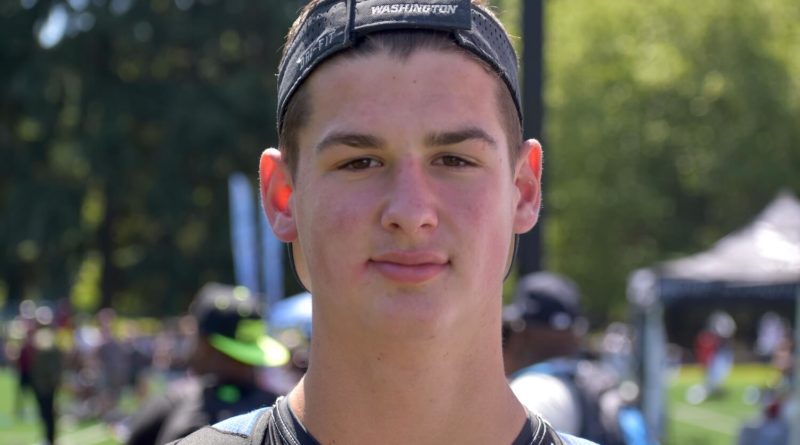 Sam Huard cannot wait for Aug. 21 — the first day of preseason camp for Kennedy Catholic and the rest of the state of Washington.

And he really cannot wait for Sept. 6 — the season-opening game against Bethel.

The Lancers certainly got the boost they were looking for last week when they captured the Lakewood High School Passing Tournament, defeating Bothell in the finals.

The tournament victory was nice, but Huard noted how efficient the offense was operating — something that wasn’t happening earlier in the summer.

“There were definitely times we were in midseason form,” Huard said. “We’ve still got a long ways to go, as crazy as that sounds. We are going to strive for perfection because we are the best offense in the country.”

And yet, nobody even chuckles at that notion. In fact, it is scary to think what the next level for this Kennedy Catholic offense could be heading into the 2019 season.

Huard (7,573 passing yards, 76 passing touchdowns in two seasons) is easily on pace to not only become just the seventh quarterback in state history to surpass 10,000 passing yards sometime this season, he should smash Shadle Park standout Brett Rypien’s all-time mark of 13,044 early as a senior.

Again, sometime this season, Huard should become the 13th Washington high school quarterback to pass for 100 or more touchdowns for his career. Prosser’s Kellen Moore owns the state record at 173.

It just isn’t Huard, either — although having him at the controls is a big asset. He has all-state caliber wide receivers everywhere in seniors Justin Baker, Zane Thornton and Sav’ell Smalls (who will play outside and some tight end), and juniors Junior Alexander, Jabez Tinae and Reed Shumpert.

“We all have a great connection,” Huard said. “We will continue to build on that.”

Can Huard post a 5,000-yard passing season as a junior? It is conceivable, especially if the defense can continue to show marked improvement getting key stops.

“I’ve never seen anyone like Sam before,” Kennedy Catholic coach Sheldon Cross said. “He is so effortless and smooth.”

And the 6-foot-2, 180-pound signal caller is plenty motivated to get things revved up again.

“Man, I cannot wait,” Huard said. “From after we lost to Puyallup at end of last year (in the district round), we knew we were right there. You just have to do the extra stuff and keep putting in the work.”