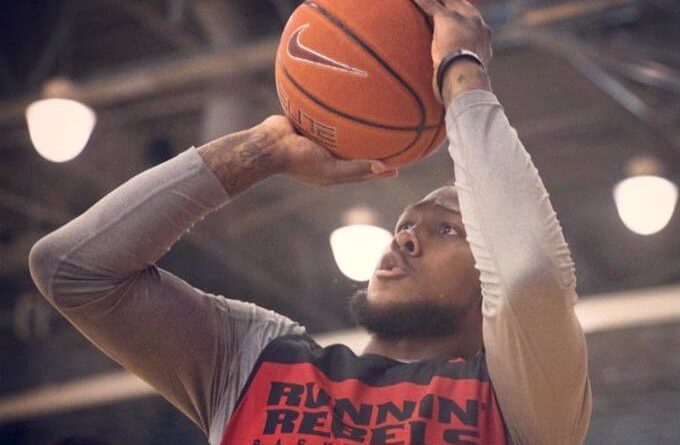 When it comes to unraveling truth from fiction, David Jenkins Jr. has chosen one simple creed to live by.

That is why after two productive men’s basketball seasons at South Dakota State University, Jenkins followed his old coach to UNLV — T.J. Otzelberger, who was hired in March.

“One of the biggest things that people do not understand, I went to South Dakota State because of (Otzelberger),” said Jenkins, a Wilson High School product out of Tacoma. “He told me everything he was going to do for me, and he ultimately did everything he said.

And why wouldn’t he? Jenkins flourished under Otzelberger, developing into one of the top-scoring combination guards in the country.

Last season, Jenkins averaged 19.7 points per game (ranked No. 55 in the country) while shooting 45.3 percent from the 3-point line in garnering all-Summit League first-team honors as a sophomore.

And teaming up with 3,000-point career scoring teammate Mike Daum, the two combined for a total of 2,838 points the past two seasons, making them the highest-scoring duo in NCAA Division I basketball.

“The game, no matter who you are, no matter where you are playing at, you’ve got to make sure you have ultimate confidence in yourself,” said Jenkins, who stopped by Isaiah Thomas’ Zeke-End charity tournament at Tacoma Community College.

In early April, Jenkins announced he was granted a release from SDSU, and was going to explore other options among Gonzaga, Memphis, Oregon, UNLV, UCLA, Washington State and yes, even returning to school in Brookings.

By May, he visited Gonzaga, Oregon and UNLV — and ultimately announced he was joining the Runnin’ Rebels.

Under the NCAA’s transfer rules, the 6-foot-2 guard will have to sit out next season, but will return to the floor as a junior in 2020-21.

“I want to work on all my deficiencies and make sure I am a good two-way player,” Jenkins said. “I want to make sure I am in the best shape possible. … I feel like I was one of the strongest guards in the country, but I want to be where I am just as quick and athletic as some of the other guys who are (my size).”

If Jenkins is able to maintain his current scoring pace — he has 1,194 points after two seasons — he would leave college as a top 60 scorer all-time.

But his ultimate goal is to take his game to the NBA.

“Next year, I will come back hungry, and hopefully have no weaknesses in my game,” Jenkins said. “That is a big key when you are a 6-foot guard. I am not 6-8, so I will need to eliminate anything (critical NBA scouts) can say.”