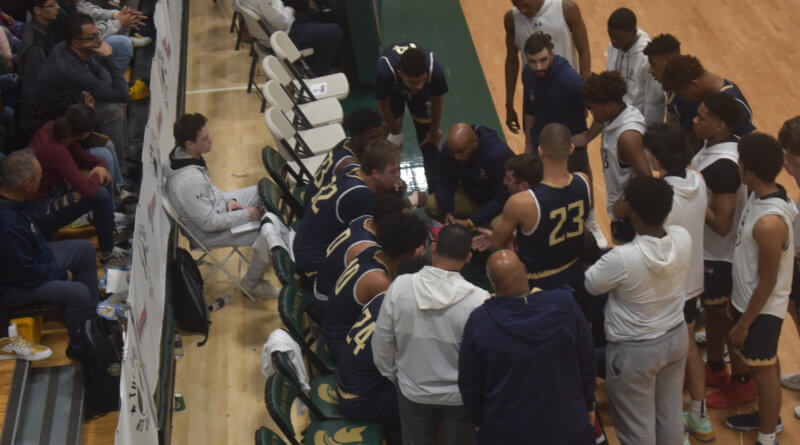 But his first love? Ballsy showman.

Which is a big reason why his three-day “Zeke-End” basketball tournament continues to rapidly grow in popularity around Tacoma. Not only does the Curtis High School product invite a few of his friends from the NBA to play in it, he also likes to show off a few highlight tricks.

Thomas’ sixth annual event is going on at Tacoma Community College, and wraps up Sunday at 4 p.m. with the championship game.

“The biggest thing for me is the fans,” said Thomas, who turned 30 last February. “Without the support of the community, this event wouldn’t be where it is today. And I appreciate them.”

By his second season in the NBA, Thomas was already a starter for the Sacramento Kings, quickly establishing himself as a rising leader.

He had also made enough NBA friends to start up an inaugural showcase tournament, modeling it after the old “Rip the Cut Memorial Tournament” held at various Metro League gymnasiums in Seattle.

“I felt like if we could bring something like that to Tacoma with professionals — guys from overseas and the NBA — to the city that raised me … that would be a good idea,” Thomas said. “It just came to life.”

Every year, Thomas has brought in a marquee name. In 2017, it was John Wall, who is now his teammate with the Wizards.

On Friday three-time All-Star point guard Derrick Rose, now with Detroit, stopped by to sign autographs and support the event.

But that is the kind of reputation Thomas’ charity event has around the league.

“Throughout the NBA season, guys mention it to me even in games, like, ‘I’ve got to come to your tournament,'” Thomas said. “People always ask about it. A lot of people have never been to Seattle.”

Of course, it is always better when Thomas is healthy enough to play. He missed the past two years because of a hip injury that eventually required surgery.

This weekend, he is in uniform, and has assembled a team with fellow NBA veteran Kelly Oubre, NBA rookie Kevin Porter Jr., and professionals Tony Wroten and Tre Simmons.

“Being around basketball and not being able to play — that was tough,” Thomas said. “Being in my hometown and not be able to put on a show, that was hard. But I knew my time was coming.”

If Thomas is going to win his own tournament again, he must get through a loaded bracket with some of the best young professionals from Tacoma — David Crisp, Ar’Mond Davis, Abdul Gaddy, DaVonte Lacy and Ahmaad Rorie.

After his one full season with Denver in which he played sparingly coming off hip surgery, Thomas now joins his seventh NBA team in the Wizards, who signed the free agent to a one-year deal in early July.

With Wall (torn Achilles) all but ruled out for the upcoming season, Thomas expects to get a ton of minutes.

“My goal was to get back to the East,” said Thomas, whose best season came in Boston in 2016-17. “And getting a chance to play right away, this was a no-brainer (to sign with Washington).

“All I need is the opportunity, and I will do the rest. I’ve always done that. And I am finally healthy and feeling like myself. I can’t wait to show people what I’ve got.”