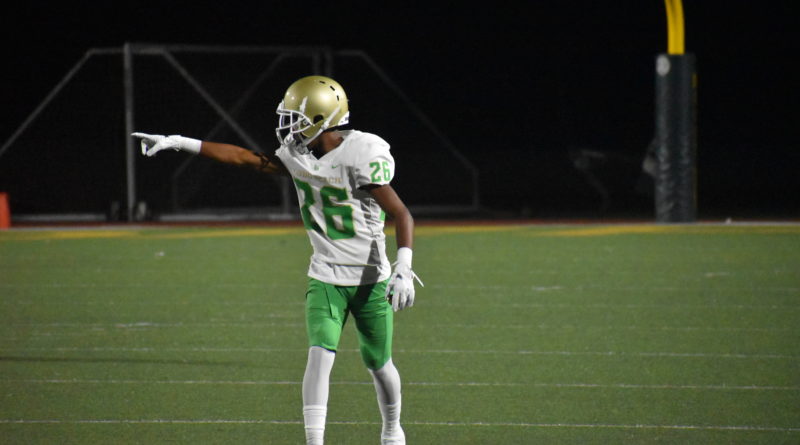 At approximately the same early hour every summer morning, people in downtown Sumner know sophomore Wyatt Redding is up and ready to go.

With him at all times are a few footballs stored in two woven baskets connected to the back of the bicycle, as well as a placekicking holder.

“I got this at an antique shop,” Redding said. “I needed something to carry all my stuff.”

Teammates are also well aware when Redding, the Spartans’ big-legged placekicker, arrives at the football stadium. They can hear the “Thud!” every time he lashes into a field-goal attempt.

“We think he can kick a 60-yarder,” Sumner coach Keith Ross said. “And we might try it.”

Redding is the state’s No. 2 kicker for the class of 2022 behind Garfield’s Marcus Merkelbach – and No. 6 overall nationally, according to placekicking/punt guru Chris Sailer.

And after Redding’s showing at last week’s Chris Sailer Kicking Underclassmen Invitational in Los Angeles, which brought out the top 100 juniors, sophomores and ninth graders in the country, that ranking might improve.

Redding finished second overall in the kickoff competition (second-best hang time of 3.6 seconds, and third-longest attempt at 60.8 yards), and was the runner-up in the punting event.

According to Sailer in his prospect review of Redding: “Wyatt is an outstanding young high school kicking talent. He is a great looking athlete with a powerful leg. He has excellent natural ability.”

These are traits Redding showed at an early age.

With a soccer background, Redding turned to football in fourth grade. He tried out for the Sumner Wolfpack, a local youth team.

Initially, Redding came out as a wide receiver. But when the coach held an open audition for kicker – an important position given that PAT kicks were worth two points, not one – Redding decided to give that a try.

And it came down to one final field goal between Redding and the incumbent kicker.

“The coach told me if he missed, I would be the kicker,” Redding said. “And he clanked it off the goalpost.”

“I used to kick everything like it was a penalty kick (in soccer),” Redding said. “That is where they taught me the basics.”

It didn’t take long for Redding to realize he had a special talent – kicking a football very far. He was Prokicker’s top-ranked kicker in the country as a sixth grader.

“I just figured then I might as well continue with it,” he said.

And Ross did not waste any time throwing his standout into the fire of varsity action as a ninth grader.

Redding was called upon to attempt a 48-yard field goal in the season opener against South Kitsap. He missed it.

Later in the game, he tried a 46-yarder. And he missed it again.

But Ross knew he had a unique weapon in special teams, and went right to Redding in the second game against Olympia on a 46-yard field goal.

“I had my tee in hand … and (Ross) comes up to me and says, ‘Listen, I just want it to have a chance,'” Redding said. “I got out there, looked at my holder and looked at the goalposts and thought, ‘This is a (long) one.'”

Redding gave it a boot, and it easily cleared the crossbar. In fact, he made his final seven field-goal attempts of the season, including a career-long 49-yarder against Emerald Ridge.

“I am looking to kick a 50-yarder this season,” Redding said, “whenever (Ross) calls for it.”