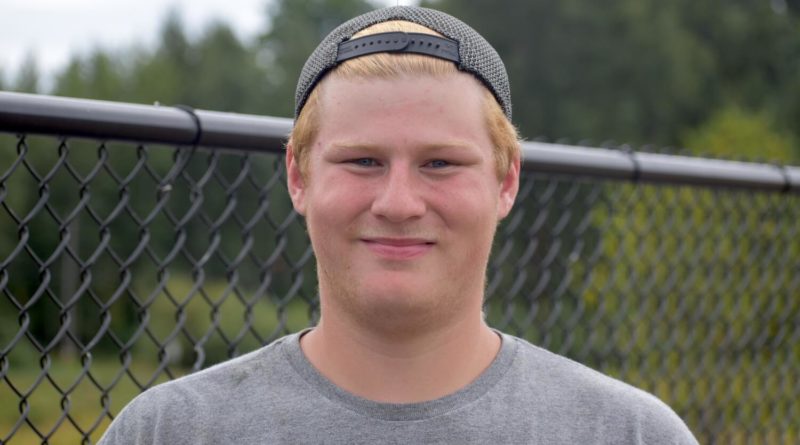 Glacier Peak High School offensive lineman Jacob Anderson hails from sweltering Florida where year-round football has and will always be the obsession of choice.

So when he moved to Snohomish with his family nearly a decade ago, he was a football player in the fall, and an impatient no-activity athlete in the spring.

What sport would eventually grab him?

“It was the only sport in the spring,” Anderson said, “that seemed physical enough to play.”

The two have worked hand-in-hand nicely for the rising Grizzlies senior, who is not only a college football prospect, but he is also one of the best lacrosse goalkeepers in the Northwest.

“Last year, he came out of nowhere and surprised us — shocked us,” Glacier Peak football coach Nick Bender said. “He loves to finish blocks and he has a mean streak.”

One of Glacier Peak’s strengths heading into the 2018 season was its offensive line. It had two senior leaders headed to college programs, led by Ma’ake Fifita, who signed with Washington State University.

At just 6-foot-3 and 230 pounds, Anderson came to camp as a projected backup with little hope of playing.

“I was just there to be a body bag,” Anderson said.

But injuries forced him into the lineup midway through the season. He started out at right tackle, then moved inside to man both guard positions.

“It shocked a lot of people. I don’t think many people expected me to step up,” Anderson said. “Heck, I didn’t expect myself to step up.”

He will also continue to utilize much of the same blocking skill set he has developed in the lacrosse goal.

“All it takes to play goalie is foot speed and hand speed, and I already had that skill set (for football),” Anderson said. “And I fill up the entire goal. It all makes me a pretty good goalie.”

Last spring, Glacier Peak won the 4A Wesco lacrosse title, and was a top-20 state program. Anderson was voted as an all-league goalkeeper for the second consecutive season, this time a first-team selection.

“f you are D-lineman, basketball is the (cross-training) move,” Anderson said. “But if you are an O-lineman, definitely go to lacrosse. All that defense that’s in lacrosse … is pass protection (in football).”