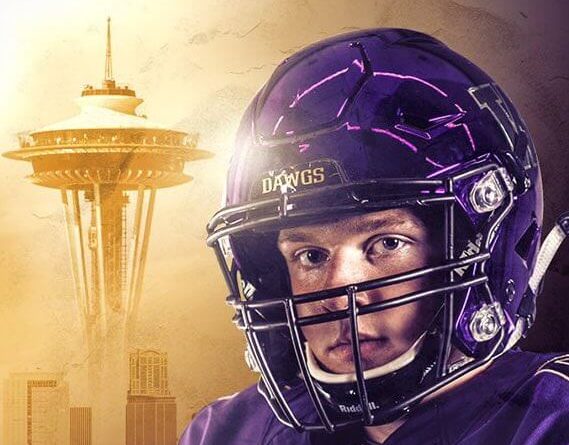 Geirean Hatchett, a four-star offensive lineman from Ferndale High School, committed to the University of Washington on Friday.

Hatchett, a 6-foot-5, 275-pound guard, becomes the highest ranked recruit out of Ferndale since Jake Locker in 2006. Locker went on to star at Washington before being selected eighth overall in the 2011 NFL Draft by the Tennessee Titans.

Hatchett announced his decision in a statement posted to Twitter.

He joins a growing list of top recruits from the 2020 class out of the state of Washington to commit to the Huskies. Three-star Hockinson receiver Sawyer Racanelli, three-star Redmond linebacker Carson Bruener and four-star Eastside Catholic running back Sam Adams II have also committed to UW in the past two months.

At Ferndale, Hatchett has been a force on the line, and helped lead the Eagles to two 3A state playoff appearances — including the the 3A state quarterfinals in 2017, where they lost 42-14 to O’Dea.

Hatchett, who Ferndale coach Jamie Plenkovich told The News Tribune is his only player to ever start on the line on both offense and defense as a freshman, had narrowed his interest to five schools — Stanford, Notre Dame, Washington, Ohio State and Oklahoma —  in April after receiving more than 25 offers.