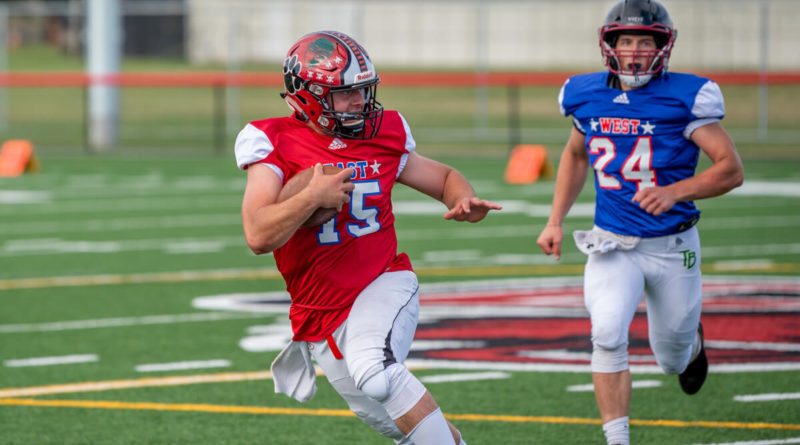 Many of Washington’s top outgoing football players competed in the game, including several Central Washington commits.

Saldana, a first team all-Greater Spokane League cornerback, scored on a 29-yard TD run in the second quarter and a 55-yard interception return in the third quarter. His pick 6 put the East team up 34-7 and put the game out of reach.

Here are photos from the East-West game. (All photos by Kim Fetrow.)