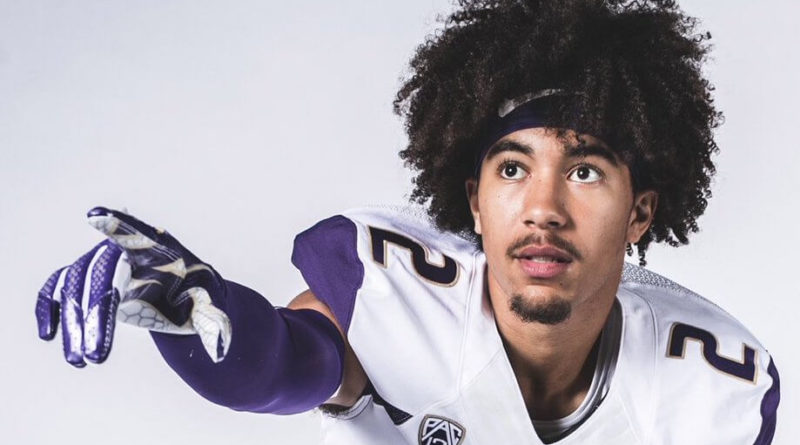 Adams II, a four-star Eastside Catholic running back from the class of 2020, announced his verbal commitment to the University of Washington on Sunday morning in a video posted to Twitter.

“Thank you to all of the coaches who saw potential in me at the next level,” Adams II’s post read. “Thank you for the help and and for recruiting me through this process. I’m 100% committed and happy with my decision. Thank you.”

He had an array of offers and chose UW over the likes of Florida, Ohio State, Alabama and 11 Pac-12 schools.

Adams, who 247 Sports lists as the No. 3 player in the state of Washington in the class of 2020, is the son of former Husky defensive lineman Sam Adams, who was featured in his announcement video along with other family members who played college football.

Adams II, who is also a safety for the Crusaders, logged 929 yards rushing and 17 touchdowns on the ground with an average of 9.9 yards per carry as a junior, per MaxPreps. He also had three receiving touchdowns and 203 yards in the air as a part of Eastside Catholic’s 3A state championship winning team.

Before he heads to UW, Eastside Catholic is the clear favorite to repeat in 3A with Adams II in the backfield and a roster with multiple other highly-touted recruits.