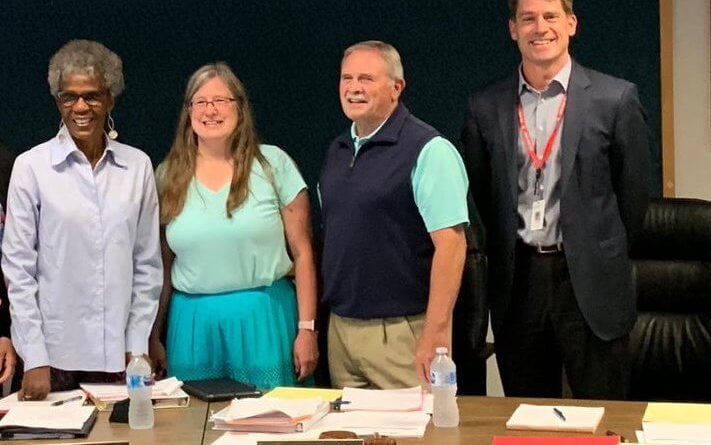 The one thing Bob Lucey always valued about being the longtime Curtis High School football coach was the all-in nature of the players – and fan base.

“People really valued community,” Lucey said, “and the school was the center of the community.”

This week, that community gave back in a big way by naming the Curtis High School football field after him.

Lucey was present at the school board meeting, and was deeply touched by the honor.

“It is kind of humbling,” Lucey said.

A dedication of the field will happen at a 2019 home game in either September or October, said Curtis principal Tom Adams.

After Lucey graduated from the University of Puget Sound in 1971, he became a volunteer assistant football coach at Curtis under Curt Bagby, whom he considered a “tremendous role model” for an aspiring coach.

Larry Nicholson took over for Bagby in 1974, and coached two seasons – with Lucey in charge of the Vikings’ defense.

In 1976, Lucey was hired as Nicholson’s replacement – and kept the job for the next 31 seasons, taking the Vikings to the state playoffs 11 times.

None of Lucey’s state championship-winning squads were undefeated.

“But they all had speed,” Lucey said.

Lucey retired after the 2006 season with a 198-117 record. His longtime assistant Clay Angle replaced him.

But Lucey, 71, has continued to be involved within the school district, mentoring youth and leading school-district initiatives. In 2017, the high school started a scholarship fund after him.

“The community support was overwhelmingly in favor of this,” Adams said.

The Lucey headlines this week’s edition of News & Notes from high school sports around the state of Washington. Here are some others, both local and national: