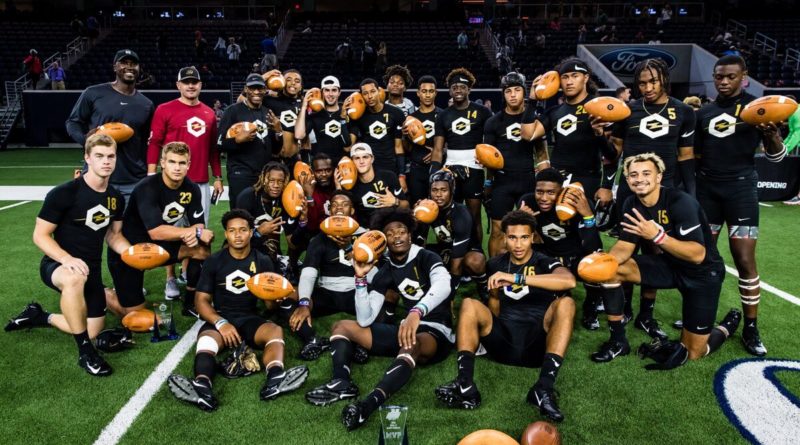 The end of high school football team camps marks the beginning of July, which for many future college football hopefuls, is the biggest recruiting month of the year.

Scott Jr, a wide receiver committed to Ohio State, and Adams II, an uncommitted running back, are the second and third-ranked recruits in the state of Washington’s 2020 class, according to recruiting site 247 Sports.

Both received publicity and praise on social media, particularly Scott Jr., who was a part of the winning 7-on-7 team. He also had an impressive one-handed catch.

But for recruits, The Opening is more than just a place to show off their individual skills. A story by Joe Hoyt of The Dallas Morning News details how it’s the best place for players to recruit fellow prospects.

The story highlights this week’s News & Notes, which features news tidbits from around the state of Washington, and items relating to high school sports around the country.