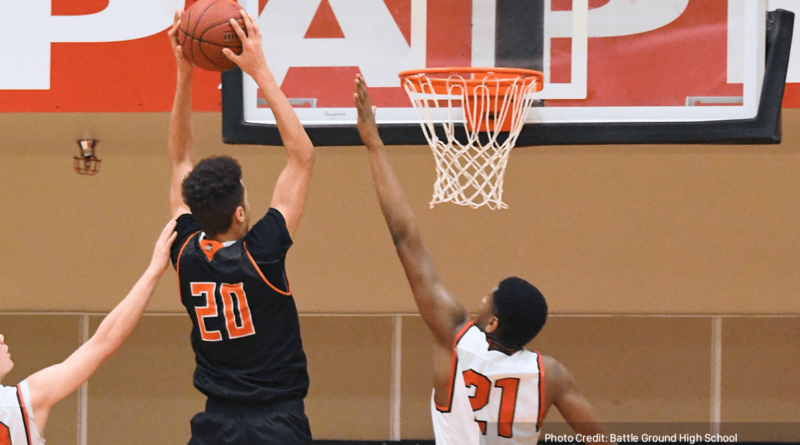 SPOKANE — Kaden Perry knew exactly what he would say if the offer came.

Then it did, and the 6-foot-9 Battle Ground forward committed to Gonzaga on the spot on Thursday morning as the coaching staff offered him in a meeting at the high school’s team camp, which took place at Gonzaga.

“I was worried, wasn’t sure what they were going to say, if I still needed to work on some stuff, at the end of the day they said it’d be awesome to go here and I was 100 percent on board,” Perry said Thursday morning. “This is where I wanted to go.”

Perry’s commitment marks a continuation for Gonzaga targeting recruits in the state of Washington. Kittitas’ Brock Ravet and Gonzaga Prep’s Anton Watson are incoming Gonzaga signees, and Kings graduate Corey Kispert will be a junior.

Perry posted 14.3 points per game for Battle Ground as a sophomore this past season, and was a first-team all-4A Greater St. Helens League selection. As a standout rim protector and both the leading scorer and rebounder, Perry helped lead the Tigers back to the 4A state tournament for the first time since 2002.

Battle Ground lost in the first round to Kentridge, but Perry had 20 points, 17 boards and five blocks.

He held offers from University of Portland and Washington, and had received increased recruiting interest since joining the Rose City Rebels, a Portland-based AAU team.

In Gonzaga, Perry sees a program with a track record of putting big men in the NBA, citing its most recent products, Brandon Clarke and Rui Hachimura, who were first-round NBA Draft selections last week.

After the meeting in which Perry committed, which included head coach Mark Few and assistant coaches Tommy Lloyd and Brian Michaelson, Perry said the first person he informed was his mom. The coaching staff had been in contact with Battle Ground coach Manny Melo since Perry’s freshman year.

“I knew the second I had to text my mom, I had to let her know,” Perry said.