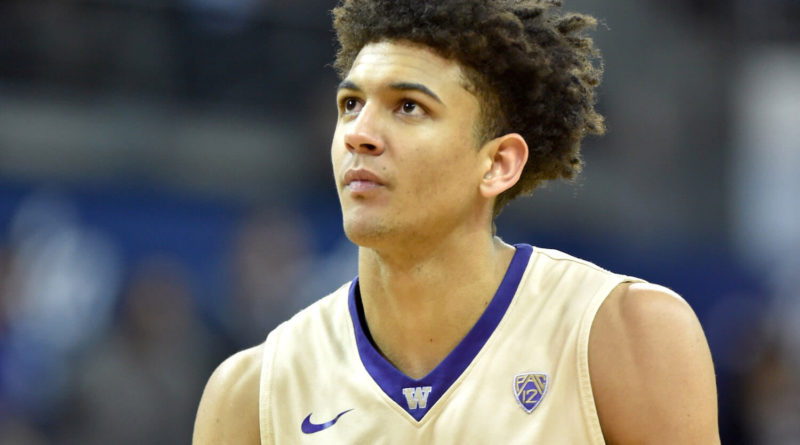 Matisse Thybulle has been dubbed by many the top defender available in the 2019 NBA Draft.

On Thursday, that defensive prowess landed Thybulle, a University of Washington and Eastside Catholic grad, in Philadelphia, as he was selected 20th overall by the Boston Celtics, then traded to the 76ers.

The 76ers traded the 24th and 33rd overall pick to acquire Thybulle, who was the first prospect taken off the board who played high school basketball in Washington.

Thybulle, 6-5, 195 pound guard and four-year player at Washington, won the Naismith Defensive Player of the Year this past season, the award to the nation’s top defender in college basketball. Thybulle averaged 9/1 points, 3.5 steals and 2.3 blocks per game as a senior in Husky coach Mike Hopkins’ zone defense.

After being selected, Thybulle reflected on what the moment meant, and how he wished to share it with his mom, Elizabeth Thybulle, who died during his senior year at Eastside Catholic due to complications from cancer.

“I wish she was here to see it,” Thybulle told ESPN through tears, moments after being selected. “The way she fought for everything, even until the end when she was getting sick, she never let anything stop her from doing what she wanted to do. It was a trend throughout her life. I just try to be like her as much as I can.”

He describes his mom, who was a naturopathic doctor, as his best friend and someone who continues to influence his life.

“I just try to give back as much as I can,” Thybulle said. “Basketball has given an amazing stage to do that and I think I can do that even more now in the NBA.”

Many of the major top mock drafts had Thybulle going to the 76ers, though none predicted as high as 20.

ESPN analyst Jay Bilas told Scorebook Live this week he projected Thybulle in the late first round because of his ability to guard alone.

“You know, offensively he’s not there yet, but man, he is an elite defensive talent,” Bilas said on the Scorebook Live Today podcast. “I think in today’s game that’s going to carry some weight. His deficiencies offensively, the fact that he’s not a great shooter, he doesn’t really have sort of any go-to thing where you could say alright, well what does he do? He does this really well. But I really like him as a player just because he’s so good defensively and I think he’s a winner.”