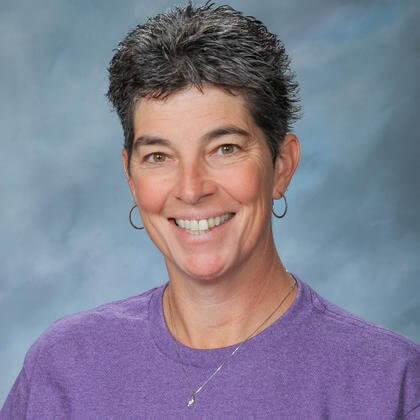 Kuntz, who becomes the lone WIAA staff member from central Washington, will not necessarily take over Miller’s specific role, instead the association will be reassigning duties “based on personnel” in a series of staff shuffling.

Kuntz spent 12 years as the athletic director at Wenatchee before moving to dean of students in 2014. She was hired at the school as a volleyball coach and PE teacher in 1996, according to the Wenatchee World.

Kuntz attended Wenatchee in the late 1980s and went on to play volleyball at Gonzaga. She was inducted into the Wenatchee High School hall of fame as a standout athlete in volleyball, basketball, softball and track and field. One report said she broke 13 school records.

Miller, one of the association’s senior-most members, announced his retirement at the WIAA executive board meeting on June 3. Prior to joining the WIAA staff, he spent over 30 years as a coach and athletic director at Mt. Spokane and Mead High School in the greater Spokane area.

The hiring of Kuntz fills one of now two vacancies with WIAA assistant executive directors. Brian Smith was announced this week as the next Kent School District AD, replacing Dave Lutes, who retired after nearly 30 years in the district.

Smith applied and was a finalist for executive director Mike Colbrese’s replacement. He was the only in-house applicant.

The hiring process to replace Smith, who was an assistant executive director for eight years, is underway, Hoffman said.