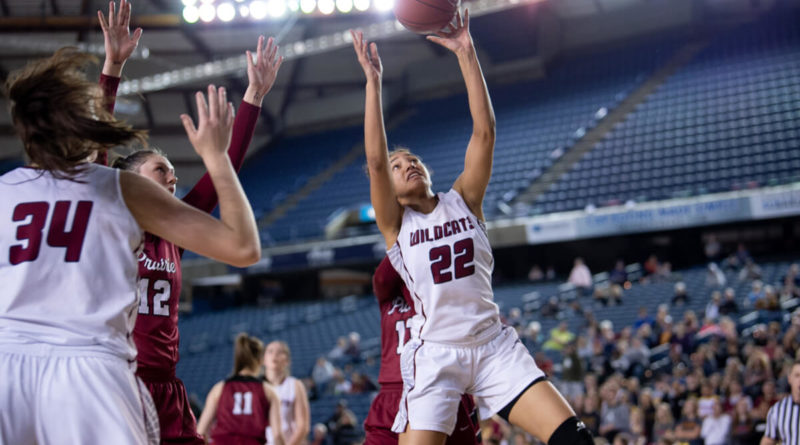 But it has now hit his program at Mount Spokane High School — and that is a good thing.

Shooting guard Niveya Henley, who helped lead the Wildcats to the Class 3A title game last March as a sophomore, has given the Bulldogs an oral commitment for the 2021 class.

Henley is the second standout from Eastern Washington that Butler has secured. Kamiakin’s Oumou Toure, the consensus 3A state player of the year in 2018-19, signed with the Bulldogs last fall.

“Someone asked me today, ‘Is there a coach back at Butler that came out of the Northwest?'” Pratt said. “There is none that I know of. Maybe they are learning we are a girls basketball hotbed … and they’ve picked up two really good players.”

Henley was a ninth grader on Garfield High School’s state runner-up squad in 2017-18, then transferred to Mount Spokane last season, and averaged 11.4 points per game as a sophomore.

Pratt said Henley came to him during last season to discuss the pros and cons of Butler.

“She has family in the area, and felt like it was a good fit,” Pratt said.

Butler was 23-10 last season, and just missed out on the NCAA women’s basketball tournament. The Bulldogs did win two games in the WNIT.

Henley currently is playing AAU ball with the Northwest Blazers, and is set to play in an elite Adidas-sponsored camp June 23-25 in Los Angeles.