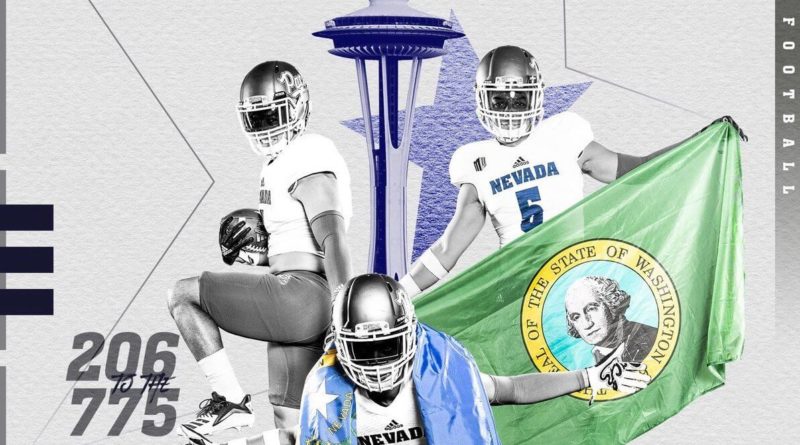 Interest in Avery Morrow had spread to Pac-12 schools, and was steadily increasing when the running back suffered a season-ending injury three games into his junior season.

When Morrow recalls his football coaches at Garfield High School relaying to him that Cal, Washington, Oregon and Arizona were interested, the 2020 recruit — now a three-star — can’t help but think of what might have been.

Morrow, who committed to Nevada on Sunday, is quick to turn that sentiment instead into what will be.

“They knew I had talent,” Morrow said. “I know for sure I would have had offers right now if my tape was four minutes long,” chock-full of a season’s worth of highlights.

It’s that belief in himself that has Morrow saying he’s poised for a breakout senior season. And at Nevada, one of two schools to offer him, Morrow sees a perfect fit; a place where he can succeed early.

Morrow stands at 6-foot-1, 205 pounds, which is bigger than any running back on Nevada’s roster. The Wolfpack coaching staff saw in Morrow a power back option, and Morrow sees a system where backs can thrive early, citing Mountain West freshman of the year Toa Taua, a 5-foot-8 back who ran for 872 yards and six touchdowns in his first season.

“I was one of the bigger cats down there,” Morrow said of his official visit to Nevada last weekend. “They like my running style, because I run through tackles and got some speed too. I keep on pushing because I like to run the ball.”

He also praised the team culture and coaching style, calling it “a real family.”

Morrow suffered a broken first rib that nearly punctured an artery in the first half of Garfield’s 45-34 loss to Bellevue in week three. The nature of the injury, the broken rib’s proximity to his heart, required a full recovery, which ruled Morrow out for the remainder of the season, which ended in a week 10 district loss to Snohomish, 42-35.

Injuries plagued Garfield’s season, and Morrow was sidelined alongside former teammate and friend Sav’ell Smalls, one of the country’s top recruits in the class of 2020. As Morrow’s recruiting outlook began to change the longer he was out, Smalls, who as a five-star recruit had the top college football programs offering him before his 16th birthday, was encouraging.

“I always told him to stay patient and it’s going to come,” Smalls, who is uncommitted, said. “We all know he can play, we all know he should have a higher status than he does and have more attention than he has. He always stayed true to it.”

What recruiters see, Morrow said, is a highlight video that spans just three games — or for him, rather, two and a half.

The way Smalls sees it, Nevada is getting a steal.

“As a person and a player, they’re definitely getting a steal,” Smalls said. “He’s a lead-by-example leader. … Whenever he’s on the field he’s going to produce and bring good energy to the whole program.”

Before he steps foot onto Nevada’s campus, Morrow forecasts a breakout senior season at Garfield.

“I feel like I’m going to have a big year,” Morrow said. “So we’ll see what happens.”

“You can go to the NFL from anywhere,” Smalls said. “I think that’s the goal. He can ride it out, get his education and hopefully we’ll see each other in the league in three or four years.”