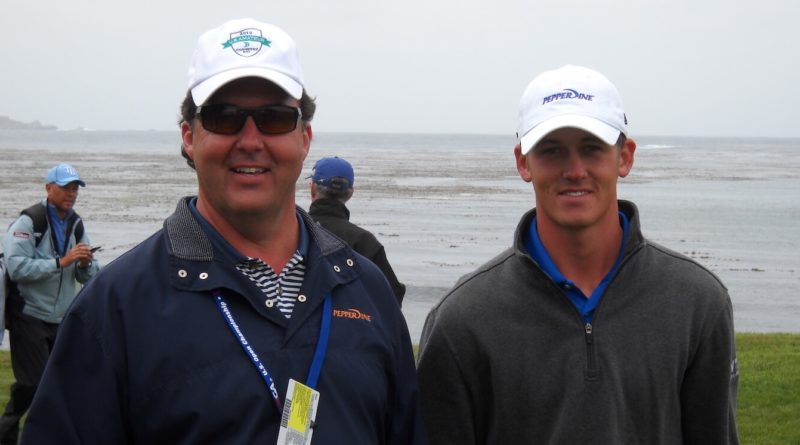 It came out of one errant shot at his only national open — the 10th hole at Pebble Beach Golf Links in 2010.

And it happened at a specific location — on the sandy beach alongside the scenic par 4 where suddenly a worldwide television audience tuned in to see if the blond-haired amateur could escape trouble.

“I remember going into the sand, and an (NBC Sports) camera turned my way,” Putnam said. “It was ankle-soft sand, too, and if I caught it just one inch behind the ball, it would probably not have gone anywhere. But I hit it flush.”

Much has changed since that appearance as a Pepperdine University senior-to-be nine years ago.

The next week, Putnam made his first major-championship cut with a tied-for-59th showing at the PGA Championship at Bellerive Country Club in St. Louis.

And this week, he comes into this U.S. Open as the highest ranked player in the world from Washington (No. 50, he was 48th a week ago).

“(My first U.S Open) feels like ages ago,” said Putnam, 30, who is now married (wife Tawny) with a baby daughter (Pepper). “A lot has happened in between, but I am thankful to be doing what I am doing.”

Known as a steady ball-striker with some of the best short-game touch on tour, Putnam comes to a course this week that should bring out the best in his game.

And there is nothing like experience on a layout, and Putnam estimates he has played Pebble Beach “50 to 60 times” since the 2010 U.S. Open.

“It is in my top three (courses),” Putnam said. “I enjoy the small greens … and these are so sloping. For a U.S. Open, they shrink when they get them fast and firm, so you have to have a lot of imagination to see (your putting lines).”

Putnam comes into Pebble Beach rested after taking last week off — which wasn’t something he was sure would be the case.

After he tied for 78th at the PGA Championship last month at Bethpage Black, he slipped to No. 61 in the world, which meant he was slated to try and go through 36 holes of sectional U.S. Open qualifying.

But after a third-place finish at the Charles Schwab Challenge, and a tied-for-17th effort at The Memorial in back-to-back weeks, he climbed well inside the top 50 to earn an exemption.

“I had played in the (sectional) qualifier every year since 2010 and never gotten through, so it was a huge relief,” Putnam said.

“This is a good opportunity to play well. I think Pebble is one of the better courses that suits my games, because it is not a bomber’s course.”