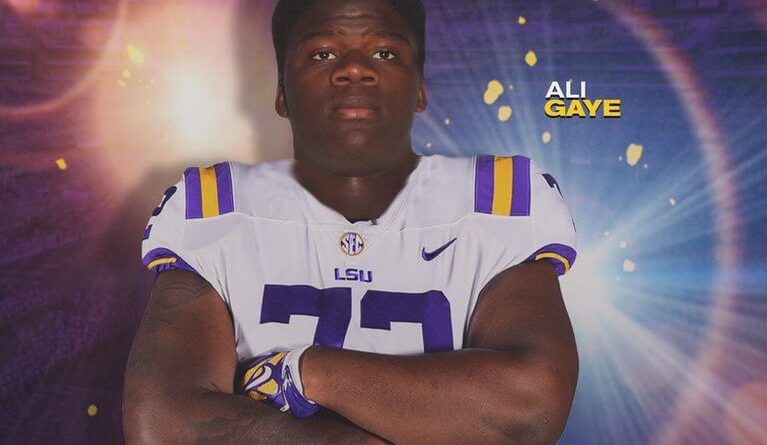 Say this about Edmonds-Woodway High School’s Ali Gaye — he has seen plenty of different parts of the United States while playing football.

And on Monday, the talented defensive end gave SEC powerhouse Louisiana State University an oral commitment as part of the 2020 recruiting class.

His video ended with the school’s fight song.

Many figured Gaye would take the roundabout way back to the school he originally signed with in 2017 — the Washington Huskies — but that never developed.

After high school, he instead enrolled at Arizona Western College for his freshman season. But after the two-year school announced it would be eliminating its program following the 2018 season, Gaye transferred to Garden City Community College in Kansas.

And the recruiting has been heating up ever since for the 6-foot-6, 275-pound Gambia native who did play organized football until just before high school.

Iowa State, Kansas State, Minnesota Nebraska and Oklahoma were also in the mix, as well as the Huskies before Gaye gave LSU the nod after a trip to Baton Rouge over the weekend.